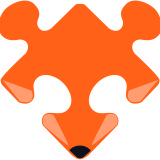 Update 2: we can now confirm that this plan also applies to Firefox for Android.

Back in November, we laid out our plans for add-ons in 2017. Notably, we defined Firefox 57 as the first release where only WebExtensions will be supported. In parallel, the deployment of Multiprocess Firefox (also known as e10s) continues, with many users already benefiting from the performance and stability gains. There is a lot going on and we want you to know what to expect, so here is an update on the upcoming compatibility milestones.

We’ve been working on setting out a simple path forward, minimizing the compatibility hurdles along the way, so you can focus on migrating your add-ons to WebExtensions.

By legacy add-ons, we’re referring to:

For all milestones, keep in mind that Firefox is released using a “train” model, where Beta, Developer Edition, and Nightly correspond to the future 3 releases. You should expect users of pre-release versions to be impacted by these changes earlier than their final release dates. The Release Calendar lists future release dates per channel.

We are committed to this timeline, and will work hard to make it happen. We urge all developers to look into WebExtensions and port their add-ons as soon as possible. If you think your add-on can’t be ported due to missing APIs, here’s how you can let us know.