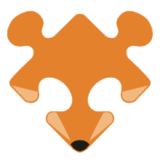 Update: the next ESR was moved to coincide with Firefox 60 instead of 59.

Earlier this year, we shared with you our compatibility plan for Firefox. As anticipated, Firefox 57 will be released in late November, only allowing add-ons using the WebExtensions API. However, we have received some questions from developers on how this timeline applies to the Firefox Extended Support Release (ESR).

To clarify how legacy extensions will work with the ESR release:

AMO (addons.mozilla.org) will continue to support legacy add-on listings throughout the ESR 52 cycle. However, AMO will primarily focus on WebExtension add-on listings. This means some legacy features may also change during this time period. There are big changes coming to AMO, including a completely new design. Stay put for more updates on this.