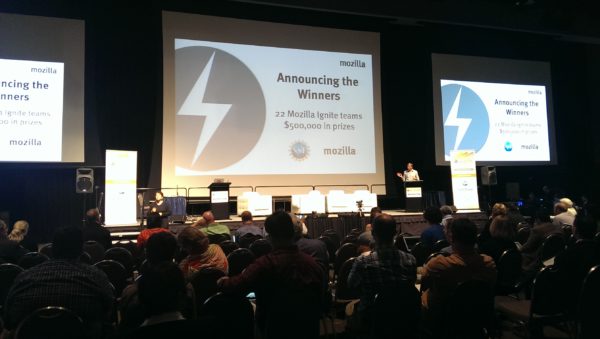 What’s possible on an internet without speed limits?

What new applications can developers dream up when they’re able to move data at lightning speed?

Today, Mozilla and the National Science Foundation announced the winners of Mozilla Ignite, a 12-month open innovation challenge that invited developers to design and prototype apps for the faster, smarter internet of the future.

The winning entries were designed to run on next-generation networks with speeds of up to one gigabit per second  — roughly 250 times faster than the internet most of us are used to today.

“Gigabit fiber is currently able to move data at about 70 per cent of the speed of light,” say Mozilla Ignite’s Will Barkis. “The winning applications we’re announcing today provide a glimpse of what’s possible when we make networks not only faster, but also smarter and deeply programmable.”

Turning the web into an immersive, 3D experience

Part of that potential includes exciting new possibilities for zero-latency HD video, telepresence and 3D. “Gigabit speeds get you in the realm of Holodeck-level perceptual experience,” Barkis says. “The computer and the web and everything between you and other people and data becomes totally transparent.” 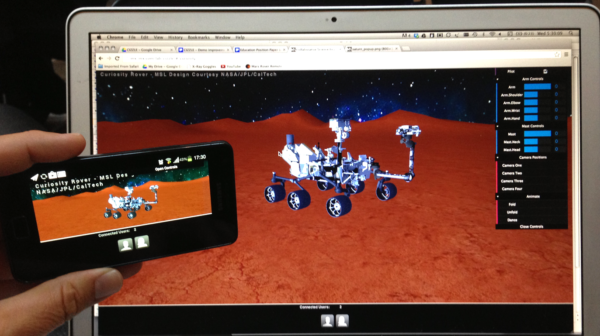 Exploring the virtual surface of Mars with Cizzle, one of the winning Mozilla Ignite applications

One of the winning applications, Cizzle, lets users interact within virtual three-dimensional environments, manipulating their environment together while learning about educational topics like the solar system or exploring the surface of Mars.

“These experiences allow learners to visualize complex problems in a very different way, and enable each user to create simulations for themselves. We hope this can spark more interest in science learning and computer science.” —Cizzle‘s Ole Lütjens

“Our 3D video conferencing application brings the Microsoft Kinect’s three dimensional capabilities to the web, streaming content in three dimensions right in the browser. It brings live, interactive and 3D educational content into classrooms at no additional cost to schools.” –Bill Brock, engage3D 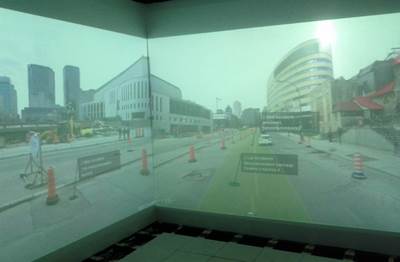 By pulling video from multiple sources and weaving it into a wrap-around display, first responders can get more situational awareness for an unfolding emergency before they even physically arrive on the scene. 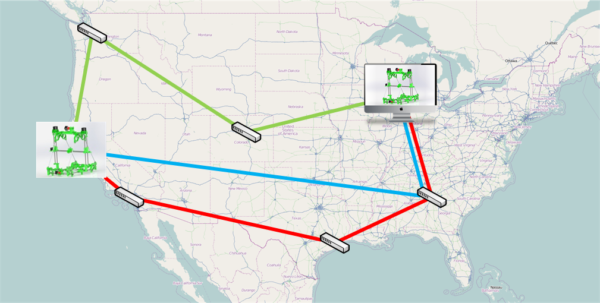 The Remote Process Control application, for example, is able to support uses where ultra-high reliability is crucial — like precisely guiding a scalpel for remote-control surgery, controlling robots to help clean up after a chemical spill, or remotely managing advanced manufacturing processes.

“Our work will enable new uses of technology that, because of infrastructure limitations, are absolutely not possible now. Rather than incorporating reliability into a single application, we are building a fundamentally new communication technology that can be used by any application.” –George Adams, Remote Process Control

Removing the bottleneck of data transfer also open up new possibilities for crunching and delivering data. The Luminosity app, for example, allows scientists and citizens to collaborate on huge data sets generated by telescopes — all using modern open web components like HTML5, JavaScript and WebGL. 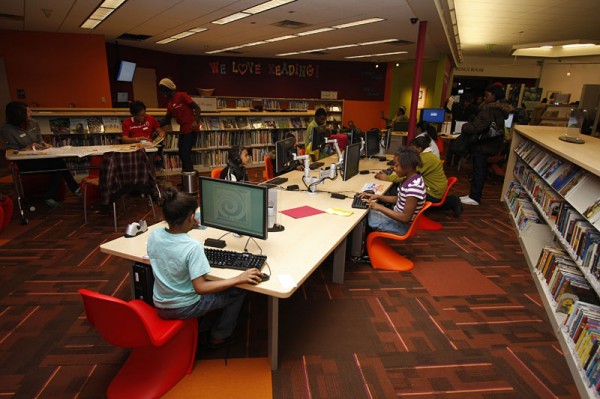 “These winning apps offer a glimpse into how we might catalyze the innovation ecosystem to develop next-generation applications and services with enormous public benefit,” said Farnam Jahanian, the head of NSF’s Directorate for Computer and Information Science and Engineering.  “They are the result of exciting partnerships spanning application designers and developers, university researchers and students, Federal, state, and local officials, entrepreneurs, and visionaries all across the U.S.”