In an important victory for software developers, the Supreme Court ruled today that reimplementing an API is fair use under US copyright law. The Court’s reasoning should apply to all cases where developers reimplement an API, to enable interoperability, or to allow developers to use familiar commands. This resolves years of uncertainty, and will enable more competition and follow-on innovation in software. 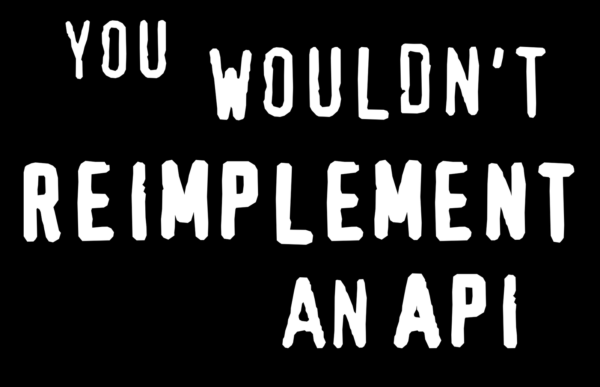 This ruling arrives after more than ten years of litigation, including two trials and two appellate rulings from the Federal Circuit. Mozilla, together with other amici, filed several briefs throughout this time because we believed the rulings were at odds with how software is developed, and could hinder the industry. Fortunately, in a 6-2 decision authored by Justice Breyer, the Supreme Court overturned the Federal Circuit’s error.

When the case reached the Supreme Court, Mozilla filed an amicus brief arguing that APIs should not be copyrightable or, alternatively, reimplementation of APIs should be covered by fair use. The Court took the second of these options:

We reach the conclusion that in this case, where Google reimplemented a user interface, taking only what was needed to allow users to put their accrued talents to work in a new and transformative program, Google’s copying of the Sun Java API was a fair use of that material as a matter of law.

In reaching his conclusion, Justice Breyer noted that reimplementing an API “can further the development of computer programs.” This is because it enables programmers to use their knowledge and skills to build new software. The value of APIs is not so much in the creative content of the API itself (e.g. whether a particular API is “Java.lang.Math.max” or, as the Federal Circuit once suggested as an alternative, ““Java.lang.Arith.Larger”) but in the acquired experience of the developer community that uses it.

We are pleased that the Supreme Court has reached this decision and that copyright will no longer stand in the way of software developers reimplementing APIs in socially, technologically, and economically beneficial ways.