Maker Party is Mozilla’s annual campaign to teach the culture, mechanics and citizenship of the Web through community-run events around the world. 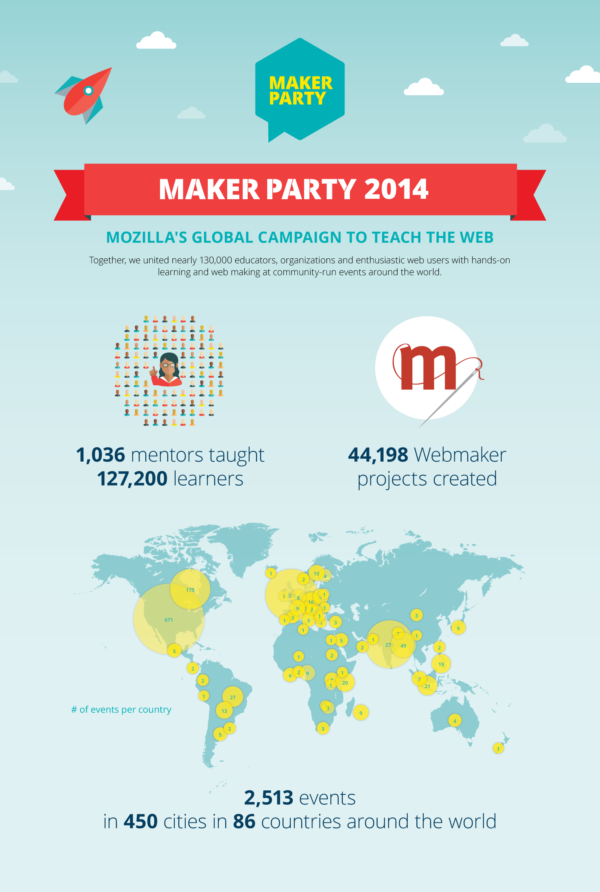 This week we celebrated the record-breaking 2,513 events in 86 countries that made up Maker Party 2014. The campaign, which officially began on July 15th and ended this week, brought nearly 130,000 adults and children together to learn valuable digital literacy skills in classrooms, libraries, cafes, and living rooms around the world.

Whether creating their first mobile apps with Appmaker, discussing the nuances of net neutrality during our global teach-in, or turning libraries into full-fledged maker spaces, this year’s crop of Maker Party events unleashed the creativity of a global community of web makers. 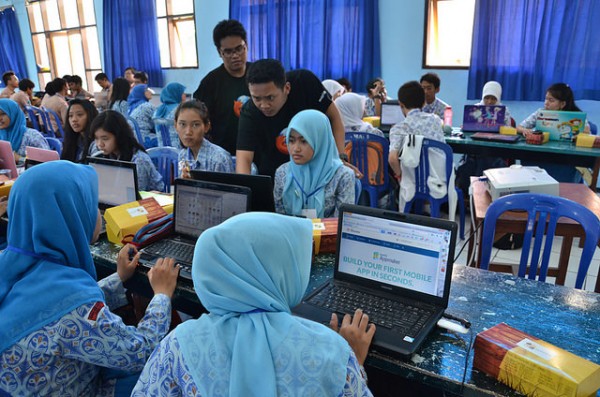 Maker Party 2014 was a global celebration, with events in Argentina, Canada, Jordan, Uganda, Spain, and Japan, among dozens of other countries. India was a hot spot this year, with over 250 events, while countries including Iran, New Zealand, and Sweden held their first ever Maker Party events. 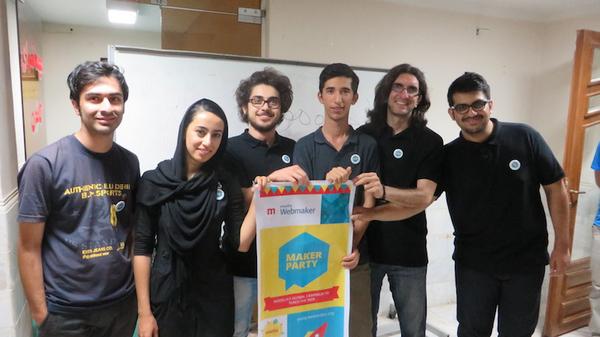 Mentors and organizers at a Maker Party in Iran

In August, thousands of Firefox users were inspired to learn a little bit of CSS when the Firefox Start Page was transformed into an interactive coding experience, in what Boing Boing’s Cory Doctorow called “a gateway drug to awesome Web literacy.” 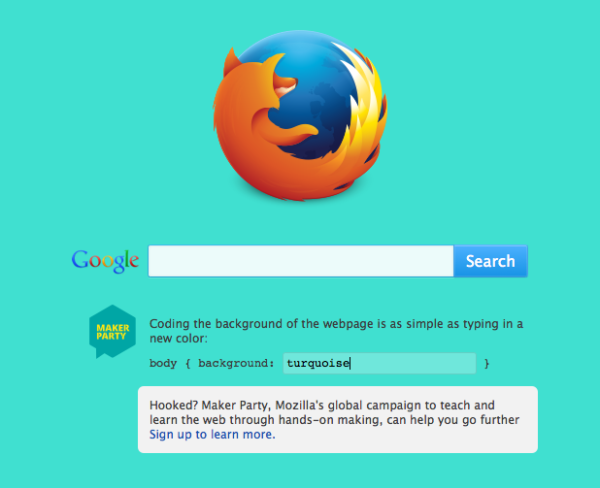 Maker Party is about more than just learning to code. Mozilla defines Web literacy as the skills and competencies needed for reading, writing and participating on the Web.

Maker Party 2014 was truly a celebration of Web literacy as a whole. We owe a debt of gratitude to our hundreds of partners, including the MacArthur Foundation, the National Writing Project, and others; as well as the scores of volunteers, public libraries, nonprofit organizations, and schools who contributed to the campaign’s success.