“We are pleased to partner with Orange to bring the mobile Web to users in a substantial number of new growth markets across Africa and the Middle East said Andreas Gal, CTO of Mozilla. “I’m also thrilled to see how the imminent arrival of Firefox OS has created excitement in the local Mozilla communities.” 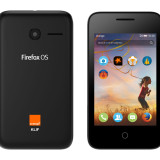 Firefox OS is the first truly open mobile platform built entirely on Web technologies, bringing more choice and control to the mobile industry. Through these launches, Mozilla and Orange deliver on the promise of putting the mobile Web within reach of millions more people, not previously addressed by mobile offers. The Orange offer features the newest Firefox OS phone, the Orange Klif. This 3G Firefox OS smartphone is exclusive to Orange.

With these launches, the Firefox OS presence in Africa continues to grow and Orange will launch Firefox OS smartphones in more countries in the coming weeks.