“People use Tails to chat off-the-record, browse the web anonymously, and share sensitive documents. Many human rights defenders depend on Tails to do their daily work, if not simply to stay alive.” — Tails developer team

“We think that the Web will only be truly open when we own the means of locating information in the billions of documents at our disposal. Creating PeARS is a way to put the ownership of the Web back into people’s hands.” — Aurelie Herbelot, PeARS

“Item 4 of Mozilla’s Manifesto states, ‘Individuals’ security and privacy on the Internet are fundamental and must not be treated as optional.’ This is the primary philosophy behind Caddy, the first and only web server to use HTTPS by default.” — Matt Holt, Caddy

Last quarter’s Mozilla Open Source Support (MOSS)-awarded projects are diverse, but they have one thing in common: they believe in innovation for public benefit. Projects like Tails, PeARS and Caddy are paving the way for the next wave of openness, which is why Mozilla has allocated over $3.5 million to the MOSS initiative in support of these and other open source projects. We’re excited to share the program’s progress this quarter, which includes $585,000 in awards, nine new projects supported and two new tracks launched. 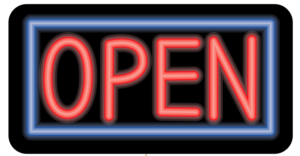 One of the new tracks is “Mission Partners”, which supports any open source project which meaningfully advances the Mozilla mission. We had a large number of applications in the initial round, of which we have already funded eight (for a total of $385,000) and are still considering several more. Applications for “Mission Partners” remain open on an ongoing basis.

The second is our “Secure Open Source” track, which works on improving the security of open source software by providing manual source code audits for important and widely-used pieces of free software. By the end of the second quarter we completed three audits – for the PCRE regular expression library, the libjpeg-turbo image decoding library, and the phpMyAdmin database administration software – with more in the pipeline. We hope that Secure Open Source will grow to be supported by multiple parties with an interest in improving the state of the Internet infrastructure – from companies to non-profits to governments. You can submit a suggestion for a project which might benefit from SOS support.

Our initial track, “Foundational Technology”, which supports projects that Mozilla already uses, integrates or deploys in our infrastructure, was launched late last year and remained open during this quarter. We made one additional award – to PyPy, the Python JIT compiler, for $200,000. Applications for a “Foundational Technology” award remain open.

Mozilla is proud to support the open source community of which we are a part and from which so many benefit. We look forward to enabling even more OS maintenance, improvement and innovation through MOSS, so please apply! The committee meets next in early September, so get your applications in by the end of August.