Ashley will lead Mozilla’s work to fuel the open Internet movement and mobilize millions to stand up for a free, open web. Our mission is ambitious: making the health of the Internet a mainstream issue. It is also vital: as centralization, surveillance, exclusion and other online threats proliferate, we need a movement to keep the web a global public resource.

In this role, Ashley will work with other teams within Mozilla, with ally organizations and with digital citizens around the world through advocacy campaigns and public education initiatives. 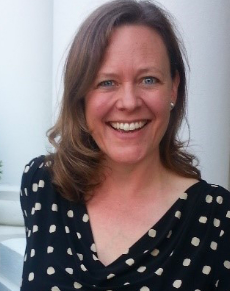 Ashley was most recently Vice President & Chief Field Officer for MomsRising, a national grassroots organization in the U.S. As a founding staff member, she was instrumental in building MomsRising into an organization of one million grassroots supporters, 200 partner organizations and over 20 funding partners.

Ashley has over two decades of experience in public interest advocacy, with a specialization in effective uses of technology and public engagement. During her career, she has worked with leading public interest advocacy organizations in the U.S. and India including M&R Strategic Services, the Advocacy Institute, the Self Employed Women’s Association (India) and AmericaSpeaks. She has led multi-state organizing efforts around the issues of health reform, paid family leave, social security reform and the national budget. Ashley has a Master’s Degree in Rhetoric from the University of Maryland, College Park.

Ashley will build on the success of Mozilla’s advocacy work over the past years. In fall of 2016, Mozilla fought for common-sense copyright reform in the EU, creating public education media that engaged over one million citizens and sending hundreds of rebellious selfies to EU Parliament. Earlier in 2016, Mozilla launched a public education campaign around encryption and emerged as a staunch ally of Apple in the company’s clash with the FBI. Mozilla has also fought for mass surveillance reform, net neutrality and data retention reform.