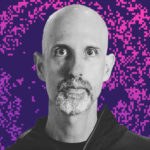 Yesterday Twitter announced that for Firefox users data such as direct messages (DMs) might be left sitting on their computers even if they logged out. In this post I’ll try to help sort out what’s going on here.

First, it’s important to understand the risk: what we’re talking about is “cached” data. All web browsers store local copies of data they get from servers so that they can avoid downloading the same data over the internet repeatedly. This makes a huge performance difference because websites are full of large files that change infrequently. Ordinarily this is what you want, but if you share a computer with other people, then they might be able to see that cached data, even if you have logged out of Twitter. It’s important to know that this data is just stored locally, so if you don’t share a computer this isn’t a problem for you. If you do share a computer, you can make sure all of your Twitter data is deleted by following the instructions here. If you do nothing, the data will be automatically deleted after 7 days the next time you run Firefox.

Second, why is this just Firefox? The technical details are complicated but the high level is pretty simple: caching is complicated and each browser behaves somewhat differently; with the particular way that Twitter had their site set up, Chrome, Safari, and Edge don’t cache this data but Firefox will. It’s not that we’re right and they’re wrong. It’s just a normal difference in browser behavior. There is a standard way to ensure that data isn’t cached, but until recently Twitter didn’t use it, so they were just dependent on non-standard behavior on some browsers.

As a software developer myself, I know that this kind of thing is easy to do: the web is complicated and it’s hard to know everything about it. However, it’s also a good reminder of how important it is to have web standards rather than just relying on whatever one particular browser happens to do.