In the past, there has been some discussion about how SUMO interfaces with existing local community work. SUMO has been in place for one year now and we have shown many ways where local communities are working directly on support issues for end users. As SUMO grows, we need to be even more efficient as we work together.

SUMO and the local support communities

For many locales, I believe SUMO can really add value to their communities because we can provide things like a solid server infrastructure and an established wiki with a useful review system. But it really doesn’t stop there. SUMO is designed from the ground up to be a platform specialized on support. With the already existing SUMO community, we have shared access to a lot of interesting things, such as an overview of our most critical issues with Firefox, and a way to determine the quality of our content. We also have a pretty close collaboration with the rest of the Mozilla project, such as the amazing QA team. They can provide us with a lot of useful information, and we can do the same thing for them.

How does this relate to the support for your locale? For one thing, it gives you a better overview of what our users are most frequently asking, which helps determining what support content we should focus on. It also gives you the ability to determine the overall quality of your support by looking at things like which articles users find hard to understand. By working more closely with other Mozilla teams like QA and Firefox development, it might also help making your local community feel more involved with the rest of the Mozilla community.

On a more general note, I think we should all think about Mozilla as one united community. The important thing should be the fact that we come together to do all the great things that we do, not on what domain or server our accomplishments take place.

That said, for communities that still prefer to keep their support on their own infrastructure, how can we better promote that content on SUMO? Right now we’re linking to these sites on the “Other Firefox Support” menu item on the start page. Is that enough, or can we do other things to make it easier for our users to get help?

Another concern some local communities have with SUMO, or at least have had in the past, is its Firefox-centric focus. Readers of my personal blog might have already read my post The scope of SUMO, where I explained the reasons for starting with Firefox, and my thoughts on the project expanding in the future. Let me quote a part of it that I think summarizes it well:

In the future, when Firefox Support is doing really well, I could definitely see the scope being expanded to make the solution work for other Mozilla projects as well (and with the open source nature of the knowledge base and forums, it could even be used by other non-Mozilla projects, just like Bugzilla is used by almost every open-source project out there).

The work we’re doing on SUMO now is there to be done for other projects as well and will come in time. We’re not limiting ourselves to Firefox because we don’t care about the other projects, but because we need to focus on where our resources are needed the most first, and then broaden the scope.

Since that was written, the Thunderbird team has expressed interest in using the SUMO infrastructure to build a similar support site. What this means is that SUMO is not the equivalent of Firefox Support — SUMO really stands for Open Source Support.

How can we make the SUMO community stronger?

Let’s get back to the vision for SUMO. What can we do to strengthen and ignite our already amazing community? Well, an obvious answer would be to just ask the community members, and we’ve obviously done that a lot over the year. I’ve also talked to people at Mozilla closely involved with community building in other projects, to get their feedback. Based on that, we have some ideas to start with:

I’ve already covered this in part two of this blog series, but this is definitely very related to building our community. To summarize:

An online moderation/rating system –- also known as “karma” –- is important for a couple of reasons. First of all, it’s a way to encourage participation and allow contributors to really take pride in their work. How many users have you helped using Live Chat? How many have you helped in the Support Forum?

The other interesting thing a karma system would give us is better knowledge about which contributors are our most valuable. This is very useful information when e.g. surveying contributors about how we can improve the site — before making changes to the Knowledge Base article editor, which contributors have the most experience using it?

What impact does a person writing a Knowledge Base article for SUMO make for fellow Firefox users around the world? The answer is, without a doubt, more than most people think. How can we make that clearer? Some things I’d love to see:

A thank you note might seem trivial, but it really highlights some of the fundamental elements of a community: helpfulness, friendliness, and appreciation of each other. We’re not like any typical corporate support division. The motivator here isn’t money — it’s gratitude, appreciation, recognition, and a feeling of belonging to the community that motivate people to make a difference by helping people with Firefox. 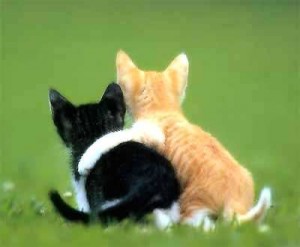 SUMO is all about that.