It’s a truism* at this point in the 21st century to say that we’re living in an ever more connected world.

In the Mozilla context, it’s particularly true that we often take for granted working as part of a global team. In the mornings, California time, the marketing staff in Mountain View will meet up with Tristan, Pascal and Anne-Julie from Mozilla Europe.

Towards the end of our work day, we will catch up with Gen and Kaori at Mozilla Japan. Countless other interactions happen every day online for the development and localization teams working to release Firefox in dozens of language versions. (All of the non-US English versions of Firefox are localized by volunteer contributors.) So it wasn’t a surprise to us when the Mozilla Japan community recently came together to host a full day developer event in Tokyo, and, well, it rocked. Check out Gen Kanai’s wrap-up post, with links to photos, presentations and reactions from bloggers in Japan and elsewhere.

If getting involved as a volunteer with Mozilla sounds interesting, it’s easy to learn more. You can visit our directory of ways to get involved, or, if you’re using Firefox, click on the pre-installed bookmark called “Get Involved” in the “Mozilla Firefox” bookmarks folder. 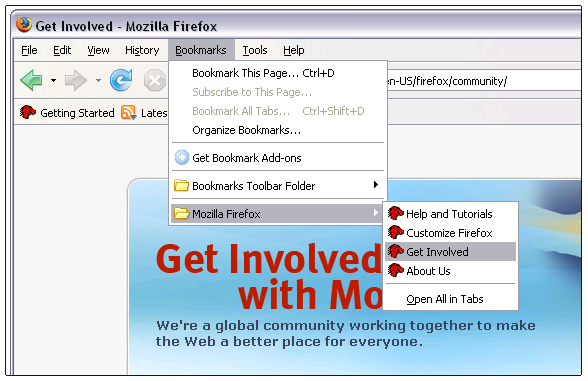 Congratulations and thanks again to the Mozilla Japan team for hosting a terrific Firefox Developer Day event.

*From Wikipedia: A truism is a claim that is so obvious or self-evident as to be hardly worth mentioning, except as a reminder or as a rhetorical or literary device. Guilty as charged.