Eight years ago today, Mozilla launched the first version of Firefox. We had the audacity to believe that we could change things. We believed that a community of people who understood the power of the Web, and who put people above profits, could build something amazing.

Today, on Firefox’s 8th birthday, we’re proud to say that our mission hasn’t changed, but the Web has. These days, hundreds of millions of people trust Firefox with their online lives and they encourage their friends and family to do the same. We still put people first and, with the support of our Firefox fans, we drive the Web towards openness and interoperability.

It’s hard work. But in the last year, Firefox has gotten faster, more secure, friendlier to use and more fun to personalize. We’ve also brought the speed and power of Firefox to millions of smartphone users with Firefox for Android. In the next year, we’re going to take Firefox even further.

Firefox is a great product, but it’s also an expression of Mozilla’s values and vision. That vision has never been more relevant to the Web than it is today, and there’s a lot of work to do to see it flourish. Thank you for being part of it. 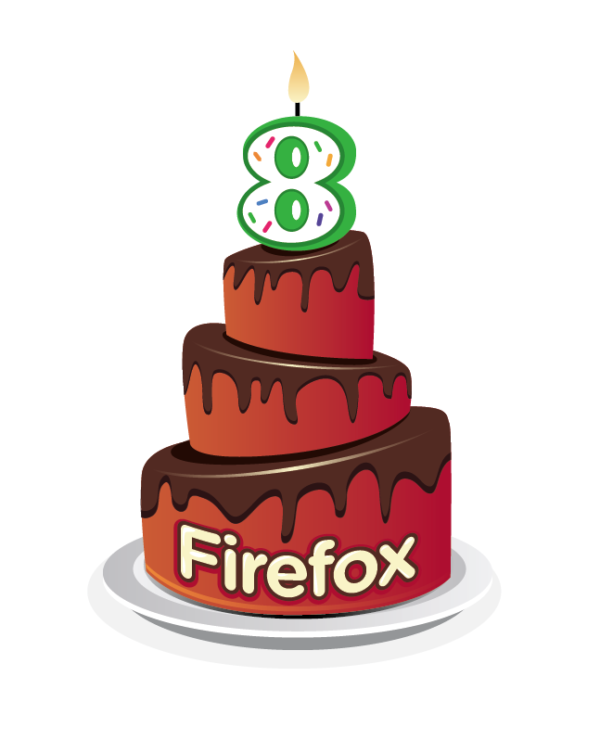