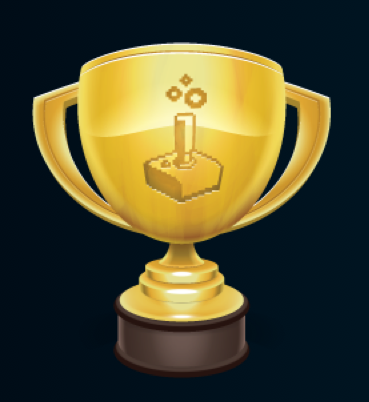 Pushing the frontiers of gaming on the web

Today we’re thrilled to announce the winners of this year’s “Game On” competition.

The competition invited game designers and developers around the world to submit their games. The goal: show how new open technologies are pushing the envelope of what’s possible on the web.

We received more than 165 great entries total, with competitors from Morocco to Russia to Canada. Games ranged from web-programmed robots, to massively multi-player “tweet wars,” to mobile-powered multipedes.

Many took unique advantage of new open web innovations like WebRTC and WebGL to showcase new gaming potential on the web. Some used multiple devices, playing across desktops and phones. Other involved “hackable” web mechanics built right into the gameplay itself, teaching digital literacy and webmaking as players play.

The open web as gaming platform

“Any web-enabled device has become a potential gaming platform — on which developers aren’t just creating games, they’re discovering new ways to play,” said Chelsea Howe, Senior Designer at TinyCo and one of the competition’s judges.

“Web-native platforms mean everyone is a potential player — no proprietary software, no console publishing, no constant updates. If you can get on the internet, you can play a game.”

And the winners are…

These Game On winners will receive prizes that include red carpet treatment at this month’s Game Developers Conference in San Francisco, as well as the opportunity to have their games published with Chillingo and featured in the Firefox Marketplace.

Turn any real-world space into a virtual zombie attack. The player holds a mobile device while blindfolded as the other players guide them around using their own devices to eliminate virtual “zumbies.”

“Using web technologies allowed us to play games that are coached over video chat, or have several spotters look at the same shooter on different devices. All of these things were previously impossible due to our device-specific ad-hoc solution.”

A Massive Multiplayer Online (MMO) game, Bombermine lets you blow stuff up with up to 1000 other players on a single map — including Deathmatch, Team Play in squads with your friends, chat and more.

“We released an English version a few weeks ago, and have started receiving huge attention world-wide. In the first three days we got around 800,000 guests.” — Mark Zubovsky

by Nick Liow and Jason Church from Vancouver

Inject real code to move your character around. Hack other characters to steal your enemies’ abilities and share each others’ powers. Like hacking the Matrix — using real code that works on the web.

Runners Up: The quality of this year’s entries was very high, and we could only choose three winners. So please be sure to check out the runner ups and notable entries here.

Huge thanks to all who submitted to this year’s competition and joined the ten game jams we organized around the world. We’d also like to thank our stellar panel of judges, competition sponsors (NESTA & Nominet Trust) and partners (UKIE, IGDA,Github , Chillingo, Global Game Jam , NVIDIA). Game on!