Last year was the 15th in Mozilla’s history. It’s also the year we launched Firefox OS. As we kick off a new year, it’s a good time to reflect on the status of this major initiative, and share an overview of where Firefox OS is headed in 2014.

Mozilla, and the mobile ecosystem as a whole, believes that there should be a truly open alternative to the two dominant smartphone OS platforms. An alternative that delivers amazing experiences to users and provides developers with the opportunity to build the apps of their dreams, while putting power in the hands of each individual.

By producing an OS powered by Web technologies and the Web’s principles of openness and competition at every layer of the stack, we’re applying the full power and flexibility of the Web to the mobile ecosystem for the first time. Unlike other platforms, content purchased by the user is owned by the user, not tied to a particular device. Developers are encouraged to distribute apps however they want, and even to build new app stores that compete with our Firefox Marketplace.

With Firefox OS code being developed in the open, for all to see and improve, we can also build trust in how the OS handles personal data and security.

The past year saw the culmination of a massive effort to transform Firefox OS from vision to reality. Thanks to the tireless efforts of the Mozilla community — including passionate individuals and organizations that now include major chipset vendors, OEMs and mobile network operators — three Firefox OS smartphone models shipped in 2013 and are now available in fourteen markets. Major industry players including Deutsche Telekom, LG Electronics, Qualcomm, TCL/ALCATEL ONETOUCH, Telecom Italia, Telefonica, Telenor and ZTE have all played an important role. We also collaborated with global mobile leaders to form a new Compliance Review Board to standardize and promote the Open Web ecosystem.

Sales and customer satisfaction are exceeding our expectations for this early-stage offering. Developers are happy with the evolution of HTML5 that Firefox OS has spurred. Firefox OS is already having a big impact on the power of the Web platform. New APIs pioneered by Mozilla are being standardized so that developers can write Web-based apps and deploy them to any OS.

In 2013, Firefox OS showed what is possible when the power of the Web is applied to a mobile OS.

Mozilla’s strategy has been to build Firefox OS primarily for emerging markets, where there are still billions of people who have yet to experience their first smartphone. This approach is driven by our mission to bring the Web to more people, as well as the advantage Firefox OS has in delivering great performance on inexpensive hardware. In 2014, Mozilla will continue to focus on emerging markets and the first-time smartphone user.

In addition, one of the benefits of Firefox OS being an open source project is that any individual or organization can extend and adapt the platform for different types of hardware. In 2014, we expect to see Firefox OS deployed in new ways.

Firefox OS will be used on a broader range of smartphones that are tailored for different types of consumers. For example, this week, ZTE will announce their second Firefox OS phone, which is a higher-end device targeted to a different set of consumers.

The flexibility of Firefox OS is also generating interest in form factors beyond the smartphone. More devices than ever are becoming Internet-enabled: it’s estimated that there will be 30 billion wirelessly-connected devices in 2020, three times as many as today. As the Internet comes to your wrist, your car and your TV, Mozilla would like to see the Web principles of openness and a level playing field in these areas, too. So it’s exciting to see Panasonic announce this week that they plan to deploy Firefox OS on TVs.

The power of the Web will expand the boundaries of smartphone capabilities, and we will continue to introduce new features such as adaptive app search that re-define that experience for users.

Much More to Come

We’re bringing Firefox OS to the world so that smartphones and other devices can begin to advance and adapt at the pace of the Web. The number of mobile app developers building for Firefox OS is expected to triple over the next year, and there are millions more HTML5 developers who can participate without learning a new programming language. Pairing an ease of developer participation with expanded choices in devices and form factors will allow Firefox OS to break new ground, and illustrate why the Web is the Platform.  I’m confident that 2014 will be yet another exciting year for Firefox OS and Mozilla, and can’t wait to see it unfold. 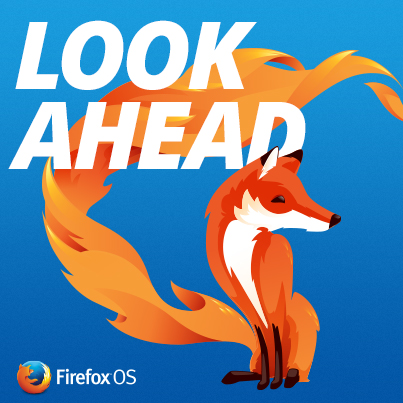