Hello Mozillians and friends of Mozilla!

A departing note from Mobile World Congress where we’ve been asking the questions and having the conversations that advance the opportunities for Firefox OS in 2014.

While the efforts to deliver the devices and launches we pledged to our peers last year have been tremendous, they were only the first steps toward shaping the mobile industry and providing people with a platform that allows for participation by all. We made a tremendous impact at MWC this week, reaching an estimated 80,000 attendees. But for our Firefox OS initiative to have as similar a reach on the smartphones shipped in 2014, our efforts will need to scale by a hundred times what they were in Barcelona. 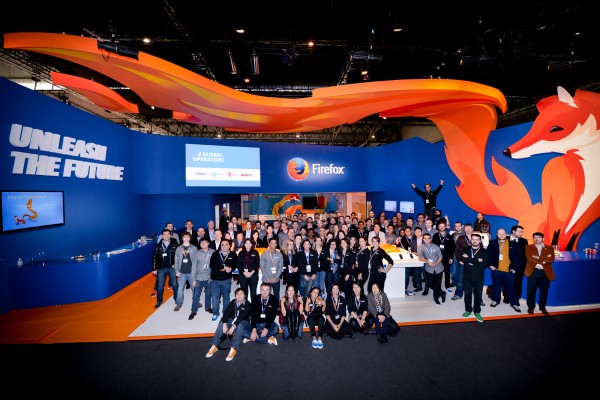 A Firefox OS farewell from the Fira Gran Via, Barcelona at MWC 2014

It’s an ambitious challenge to be certain, but not an impossible one given our history of disruption, making a difference with the open Web, and working with partners who are aligned with our cause. One of the most meaningful meetings for me this week was a discussion with the conference organizer’s “Mobile for Development” team, whose programs aim to bring mobile services to underserved people in emerging markets. Our conference room went quickly over capacity for an informal discussion around working together to improve lives through mobile services delivered on Firefox OS.

We are leaving MWC tired but hopeful about the path ahead. To capture the inspiration that will drive this project forward, the final installment in our short film series asks Mozilla attendees about their aspirations for the future whether that be defined as the next year, five years or 10 years – which incidentally will be the anniversary of our Firefox browser release later this year:

Many thanks for your time and participation this week. I’ve greatly enjoyed the chance to connect with you here, and look forward to building on this conversation as we continue our collaborations to change the mobile industry.