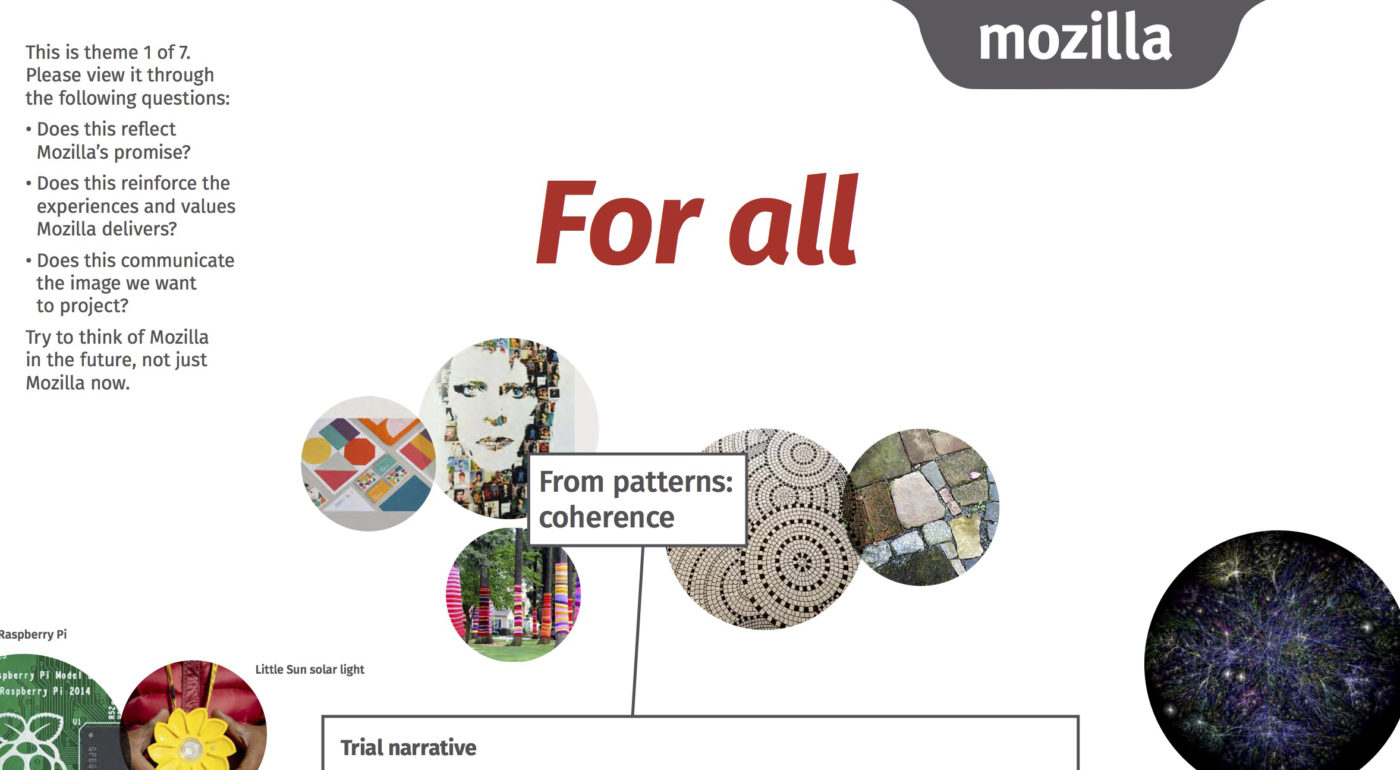 This is theme one of a series of seven. We’ve developed these to help us decide on the future direction of the Mozilla brand, and now we want your thoughts as well.

This theme is all about equality and accessibility on the Internet, for everyone. Read the words, consider the pictures*, then ask yourself: 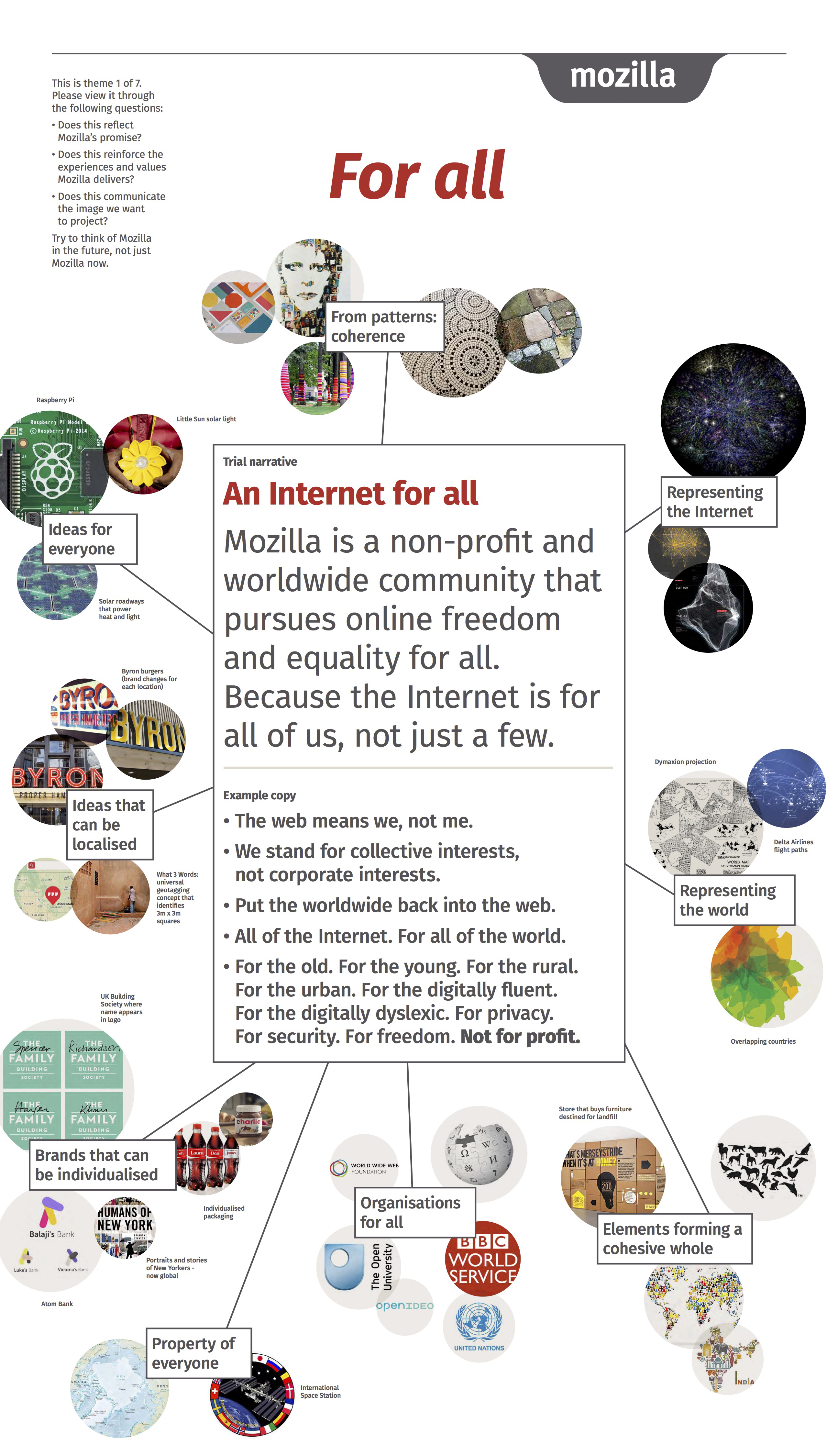 Please use the comments below to let us know what you think.

* The images you see on these boards are for illustrative purposes only. Don’t take offense if we’ve used an image of your company or project – please be flattered.