Hi! I am Victoria, a UX Visual Designer who recently joined Mozilla to work on Firefox OS, with Patryk Adamczyk and the rest of the amazing UX team. But to be honest, it feels funny coming to the Toronto office for my first day at Mozilla, my “new hire” introductions went more like “Hi, how have you been doing since the all hands a few months ago?”

To tell you a bit of the story, I worked at Telefónica R&D for over 6.5 years where I had the chance to be involved in wide variety of projects from health to entertainment to communications services. Working in R&D ensured that all my projects were always exciting as they were on the cutting edge of technology. It’s the R&D side of Telefónica that made it possible to envision development of a web based mobile OS.

This resulted in working with Mozilla from a partner standpoint at the dawn of the FIrefox OS project. The story begins with Telefónica and Mozilla realizing that joining forces was wiser than duplicating effort in the challenging endeavour of creating a new mobile OS based on web technologies. This partnership benefited from the very best the each company had to offer, Mozilla’s knowledge of the open web and Telefónica’s knowledge of communication services.

Both companies respected the strengths of one another, allowing for a natural collaboration based on trust. The working environment allowed for our team to grow a strong bond even thought we were all spread out across the world.

Before I joined the project, the Telefónica UX team already began to set the core foundations of the navigation model and visual design, however it was clear that the task was too great for the small team we had. A decision was made to join the UX efforts, recruit more designers, and focus on one UX direction by joining the efforts of both UX teams (which cut the work load in half), even with this approach the first year of Firefox OS development was some of the more intense time of my life.

Forming the teams was a very interesting experience for all of us, working across different cultures, sharing knowledge, tools and processes between every imaginable time zone. We would gather every few months to enhance the inter-team collaboration before a major milestone in some of the world’s most exciting cities which happened to host our partners or company offices: Barcelona, Berlin, London, Oslo, Madrid, Mountain View, Paris, Portland, San Francisco, San Diego, Sao Paulo, Taipei, and Whistler. Getting to know each other in person, discussing the project face to face, sharing meals and a beer here and there were key for bonding, and helped the future conversations over Vidyo, Hangouts, Skype or even the Bugzilla.

Overtime as we shaped and improved our processes, meetings became a regular part of life: daily stand ups for the members of each team (systems front end or communications in my case) and weekly updates outlining the most important outcomes either by discipline (Q&A, UX team, Visual Design, Interaction Design, Front end, Back end, Product) or by component area. We would share our planning and milestones over the Mozilla’s wiki or Google docs. We would reach each other directly to sort out the day-to-day work and document all the implementation through Bugzilla, with frequent bug triage, as designers, we would review the implementation on the device and raise bugs if what they saw was not aligned with the proposed designs.

Mixing every imaginable culture, background and experiences helped us also understand how different people work and perceive things, it is by far the most interesting and diverse team I have worked with.

I have never thought I would be living with a project for so long, but an OS is like a child, you see it being born and then you are there to guide it in its development. Release after release we have improved our ways to make it better.

I am here to continue the evolution of Firefox OS, now just from another side.

I would love to hear from you all. Reach out to me through the following channels, I am always happy to chat!

And now for some photos from the early days… 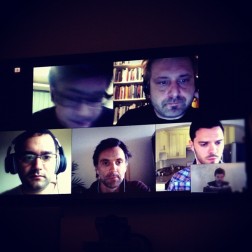 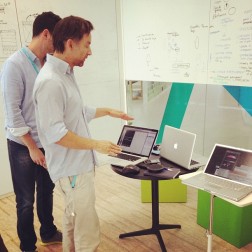 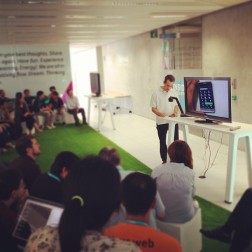 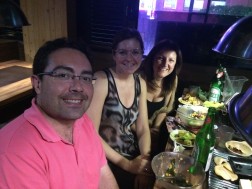 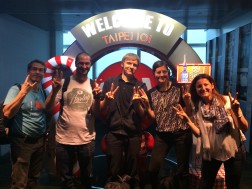 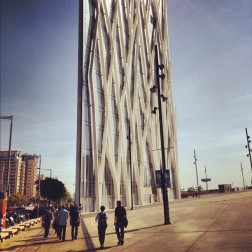 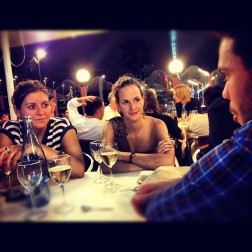 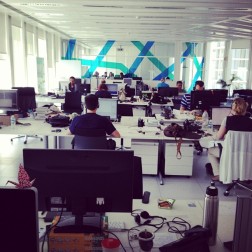