Firefox for Windows, Mac and Linux makes updating the browser easier and includes more than 85 improvements to built-in developer tools. 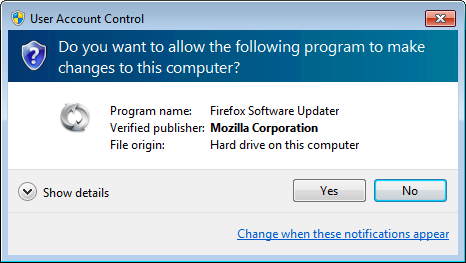 We put a lot of work into making the Firefox update experience easier. Firefox simplifies the update process for Windows users by removing the user account control dialog (UAC) pop-up while maintaining the security of your system. Once a user gives explicit permission to Firefox on their first installation, they will not be prompted again for subsequent releases.

Firefox also includes more than 85 improvements to built-in developer tools. For example, developers no longer need to reload the page to see messages in the Web Console, and Scratchpad adds Find and Jump to Line commands to the editor. Our improvements touched on every one of the built-in tools.