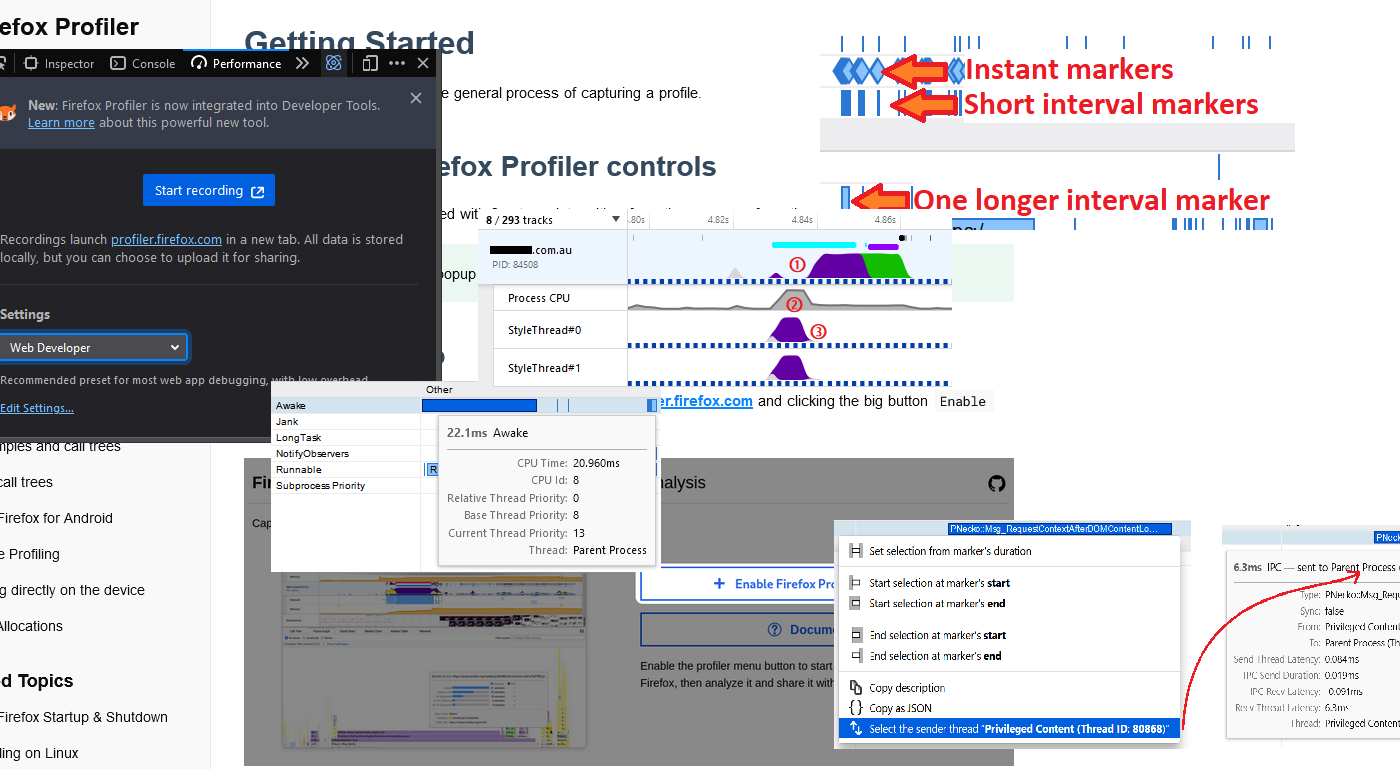 As the Perf-Tools team, we are responsible for the Firefox Profiler. This newsletter gives an overview of the new features and improvements we’ve done in the first half of 2022.

You can find the previous newsletter here which was about the Q4 2021. This newsletter contains updates related to work done in the first half of 2022.

The main Profiler documentation was refreshed, to better match what has changed in recent years. 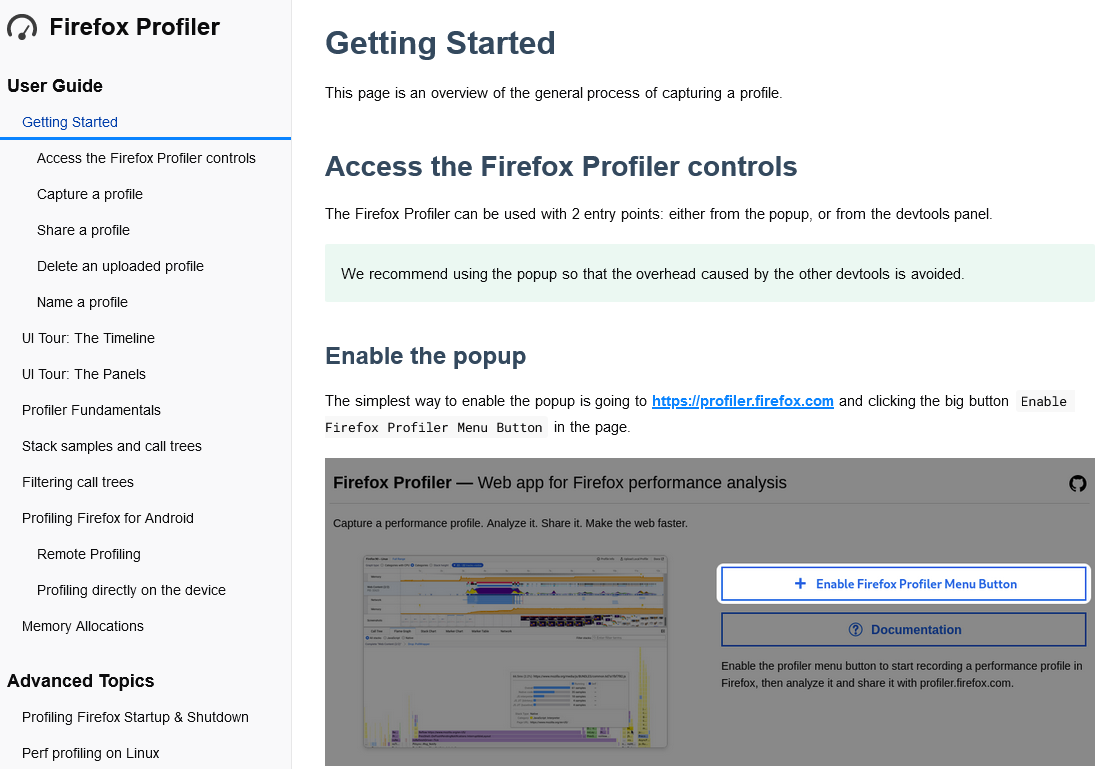 As a reminder, other aspects of the Profiler are captured in separate locations:

For developers of the Firefox application, or if you are just interested in some technical details, see the internal documentation at https://firefox-source-docs.mozilla.org/tools/profiler/.

For web developers, one point of interest is that you can add “markers” to your own pages through the JavaScript User Timing API, which will then be visible in profiles. This can be useful to measure some specific actions in your web pages.

Finally, the GitHub repository for the front-end side of the Profiler (the website that actually displays profiles after they have been captured) contains some detailed documentation about profile file formats and inner workings of the website.

The new performance panel was released in Firefox 98. This panel makes it easier for web developers to record and share profiles, as it opens a new profiler.firefox.com tab after capturing the profile. 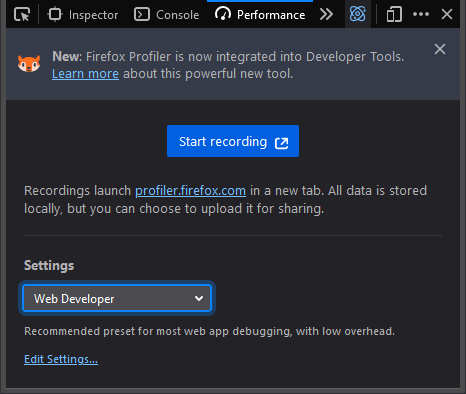 Note that having the DevTools open may use some processing power, so the resulting profile of any web page may be slightly skewed, with some of the profile data being related to DevTools. If these effects are noticeable in your profiles, just close the DevTools window while profiling. As an alternative, you may choose to control the profiler through the toolbar button (enabled when first visiting https://profiler.firefox.com), or the accompanying shortcuts: Ctrl+Shift+1 to start, and Ctrl+Shift+2 to stop.

The profiler.firefox.com interface is now available in languages other than English, and may be changed on the fly from the language picker at the bottom right corner 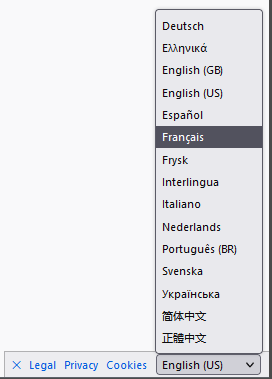 You may request new languages, and contribute, at https://pontoon.mozilla.org/projects/firefox-profiler/ after signing in with a Firefox Account.

A number of improvements happened around markers: how they’re collected, some new useful markers that were added around Firefox, and how they are better presented.

Meet the team, and get help

If you profiled something and are puzzled with the profile you captured, we have the Joy of Profiling (#joy-of-profiling:mozilla.org) channel where people share their profiles and get help from the people who are more familiar with the Firefox Profiler. If you’re interested in the Profiler itself, our main channel is https://matrix.to/#/#profiler:mozilla.org.

We also have Joy of Profiling Open Sessions where people bring their profile and we try to analyze the profile together over Zoom. See the Performance Office Hours calendar.

And if you would just like to see some Firefox developers analyze profiles, watch Mike Conley and friends in the original Joy of Profiling, “unscripted, unplanned, uncensored, and true to life”.

Until next time, Happy Profiling!