Join me in welcoming our two new Reps of the Month for March, Ibrahima SARR and Faisal Aziz for their inspiring contributions to the Reps program. 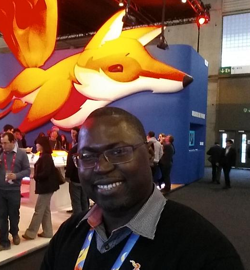 A long term mozillian and Fulah localization team lead, a SUMO and KB l10n contributor, Ibrahima has created most of Fulah Internet and IT terminology from scratch.

“Our biggest achievement yet is the localization of Firefox in Fulah which was released in summer (2012).”

Supporting Web Literacy Map he believes in the idea of redefining the curriculum to include practical learning and making. Follow his posts.

Ibrahima was a part of the incredible team of Reps present at Mobile World Congress (MWC) 2015. Ibrahima Sarr, Alex Mayorga and Francisco Picollini did a great job by presenting hundreds of Firefox OS demos to attendees at MWC 2015. Congratulations to all the team and specially to Ibrahima who did an exceptional job at reporting the event in social media! More about MWC. 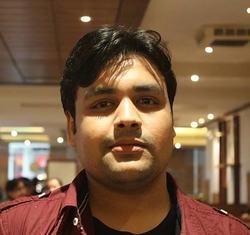 Faisal, is an inspiring mentor to many Reps and fellow mozillians in India and has proven his mettle in many projects across mozilla universe. A proud open source activist & preacher, he has been helping communities like Bhopal, Indore, Warangal and Mumbai in India to flourish. He actively contributes to number of Mozilla projects and is Locale lead for “Ur” language.

He recently organized annual event MozConnect Part1 and Part2 in central India to bring different sub communities under one roof.

Faisal is an integral part of Leadership at Mozilla India and an inspiration to many in his local community. Follow his posts.

Thank you Ibrahima and Faisal for your amazing work.
The best of the Reps program is reflected in your accomplishments and leadership.

Don’t forget to congratulate them on Discourse!