This years MWC was a great success for Mozilla and specifically Firefox OS. Our booth was completely packed all four days with countless demos given to every global player imaginable. We also worked at various partner booths, a few of my colleagues even received a visit from the prince of Spain at the Telefonica booth who was interested in a Firefox OS demo! The overall sentiment was positive with various trends emerging, big interest to bring our platform to the untapped African market and many questions on the timing of WebRTC integration, this coming from carriers! 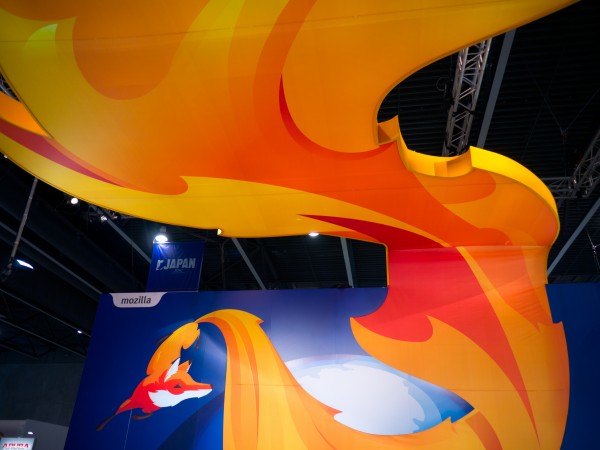 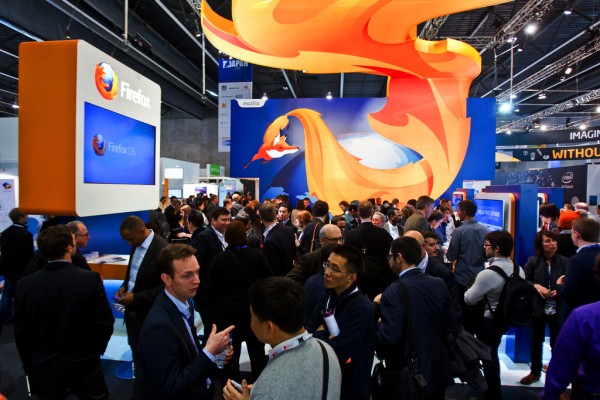 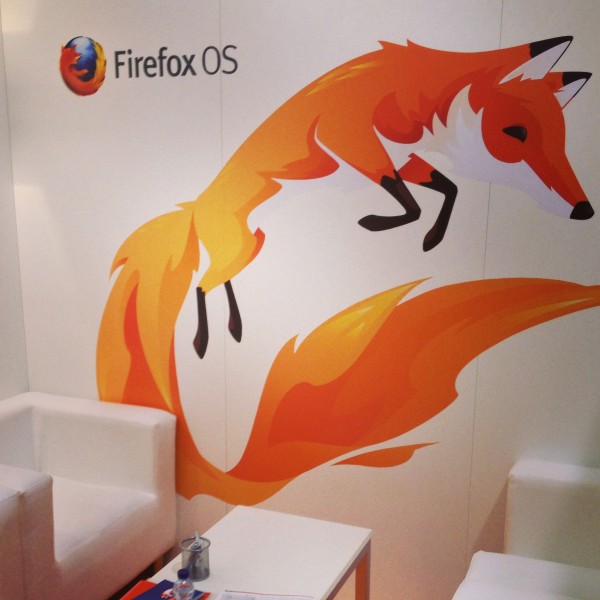 Inside the meeting rooms. 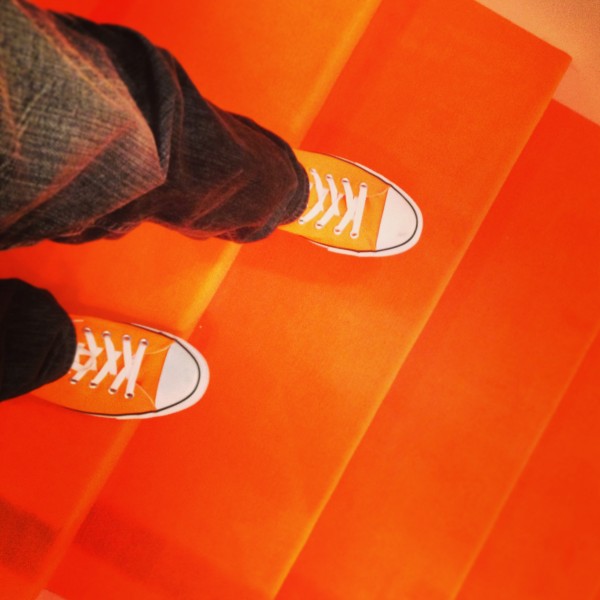 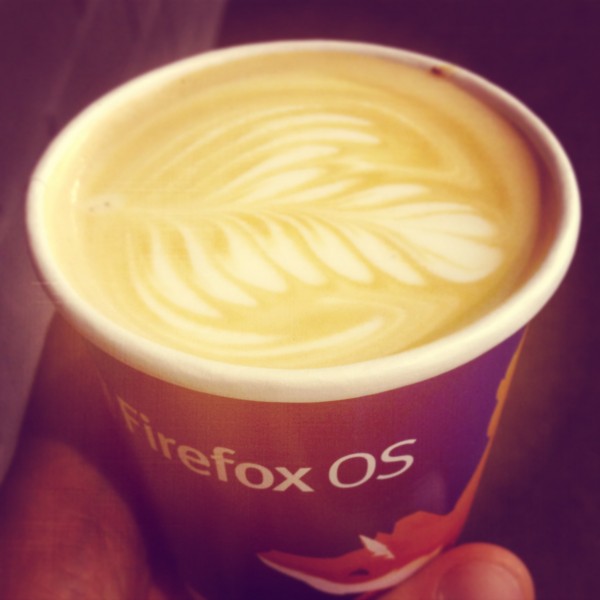 The typical premiere OEMs had little new to announce allowing emerging OEMs to shine. It was impressive to see the improved quality seen in the handsets by ZTE, Alcatel TCL and Huawei. ZTE and Huawei where wedged right between Samsung, to the passing visitor their hardware and overall presence was on par with the Korean giant.

I was impressed by the HTC One and Sony Xperia Z‘s hardware, can wait to test drive those phones on a daily basis. Their UI skinning also appeared to give the user more value than just icon swaps like often seen in the past with Android skins. The Fujitsu Stylistic S01 (raku raku)
was also a fresh take on an android platform geared towards a specific user, elderly in this case. 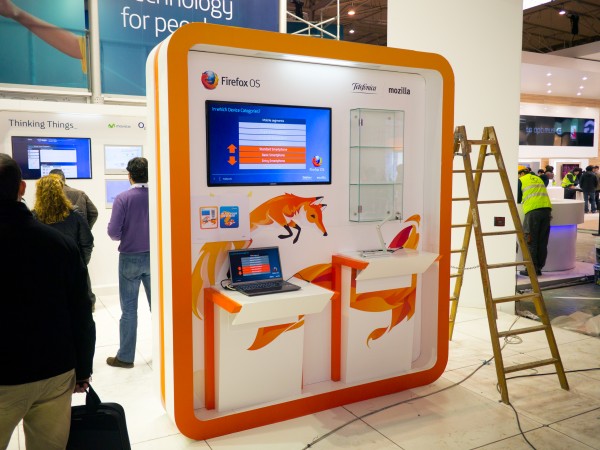 The night before… The Firefox OS stand at the Telefonica booth. 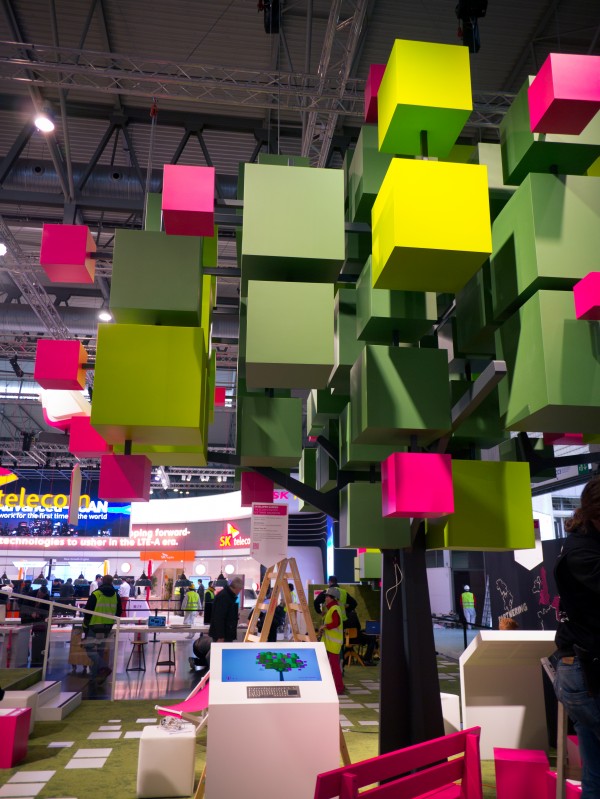 Deutsche Telekom’s (T-Mobile) booth, the theme was a digital garden. 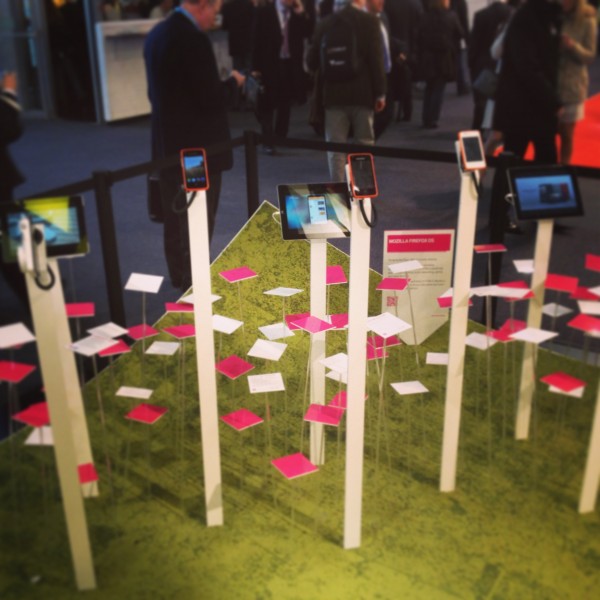 Our partners had some great announcements, like Sony’s commitment to release a Firefox OS phone in the near future. You can now flash the Sony Xperia E with our software and its all described in this great write up. Sony seems to really get it.

Twitter has announced working on an app for Firefox OS, along with core features, the app will also include Web Activity support, meaning that it will allow users to tweet photo from any other app supporting Web Activities:

“Similar to our other mobile apps, Twitter for Firefox OS has a rich interface, featuring the Home, Connect, Discover and Me tabs, as well as search and compose Tweet icons, so you can easily find and send Tweets from anywhere in the app.”

Mozilla always has a different approach to dealing with challenges. We did not have any booth girls or hired actors. Everyone working at the booths was a Mozillian, we had everyone from VPs to developers giving floor demos. A few of our brave community reps were even flown in from Latin American and Spain for the show, listen to their experiences here on Youtube. I had a chance to finally meet one our contributors, Javier Pardina who submitted a series of beautiful wallpapers for our v.1 product, finally allowing him to finally see his photos live on device.

Overall it can only be concluded that the web is the 3rd dominant mobile platform, along side with Firefox OS, all the new mobile OS’ have a huge web component or place web technology apps as first class citizens (Ubuntu, Tizen & BlackBerry 10). I can’t wait to see our two launch devices in people’s hands later this year. 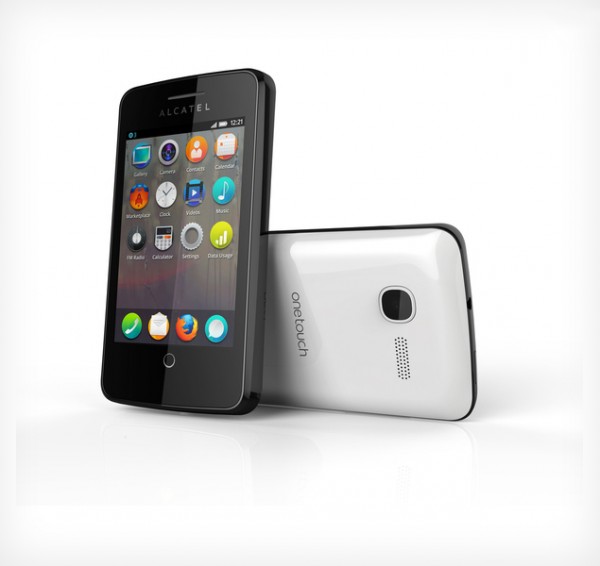 The Alcatel One Touch Fire (above) and the ZTE Open below. 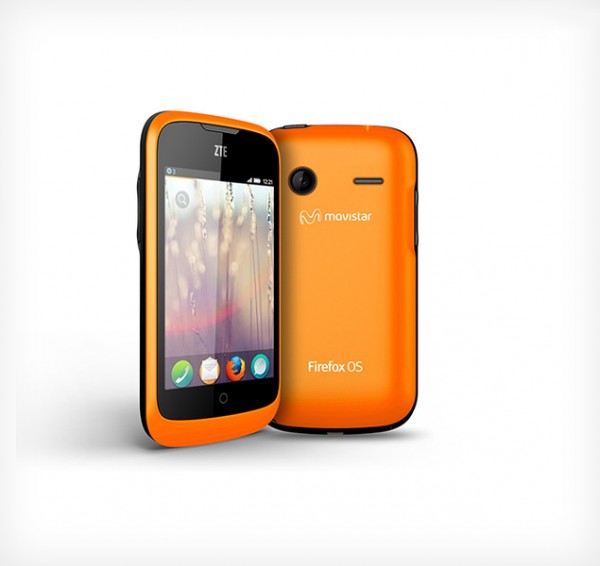