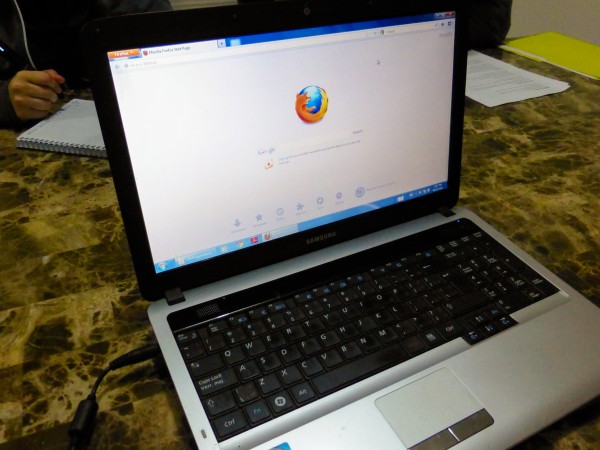 Firefox on a participant’s laptop

The main goal of the project was to define and delineate groups of users based on their behaviors, attitudes, beliefs, and motivations. We chose to call these groups “user types” because our focus was primarily on user interaction and behavior with our products and services rather than toward another end such as marketing. (We also borrowed the terms “user types” and “user typology” from this excellent meta-analysis of similar studies.)

Beyond defining these user types, the other main goal of our study was to reveal valuable insights about our users, who they are, and how they are using our products and services.  With these insights, we can build products and features based on models of how actual people will use them. We believe these user types will help all of Mozilla (not just the UX or product teams) to make decisions, set priorities, and lead new initiatives for our products and services.

We chose North America to begin with because it is the market with which our team is most familiar. Since our team is located primarily in North America, the United States and Canada allowed us to keep our travel budget limited and eased some of the logistics of recruiting and working with third-party vendors.

With our limited location in mind, we caution against applying our results in a more universal context. However, some smaller follow-up studies have shown that some of our clusters of traits can be applicable across other cultures as well as other browsers.

Our study was composed of three interconnected components: 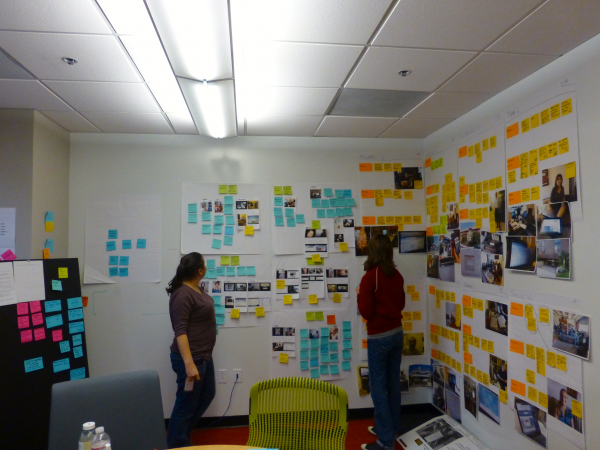 In the midst of analyzing the qualitative results.

Below are the six user types we identified and the primary attributes associated with them including:

I would especially like to thank Zhenshou Fang for her excellent work both designing the following graphics and drawing the illustrations associated with each user type. 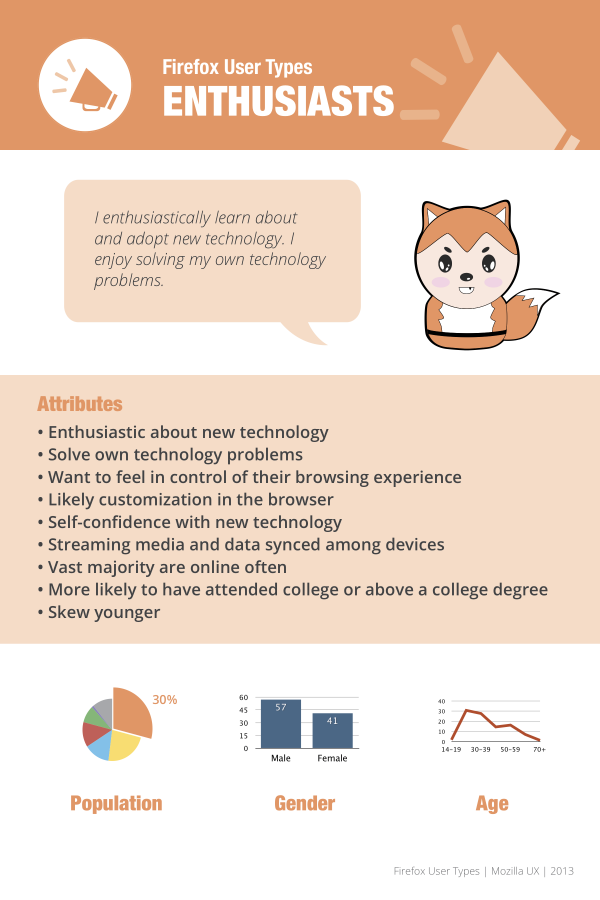 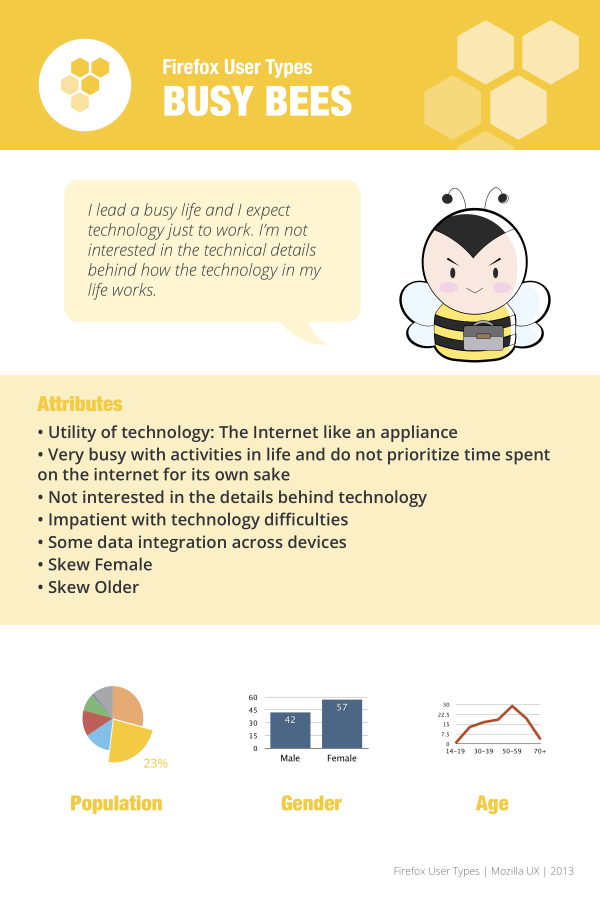 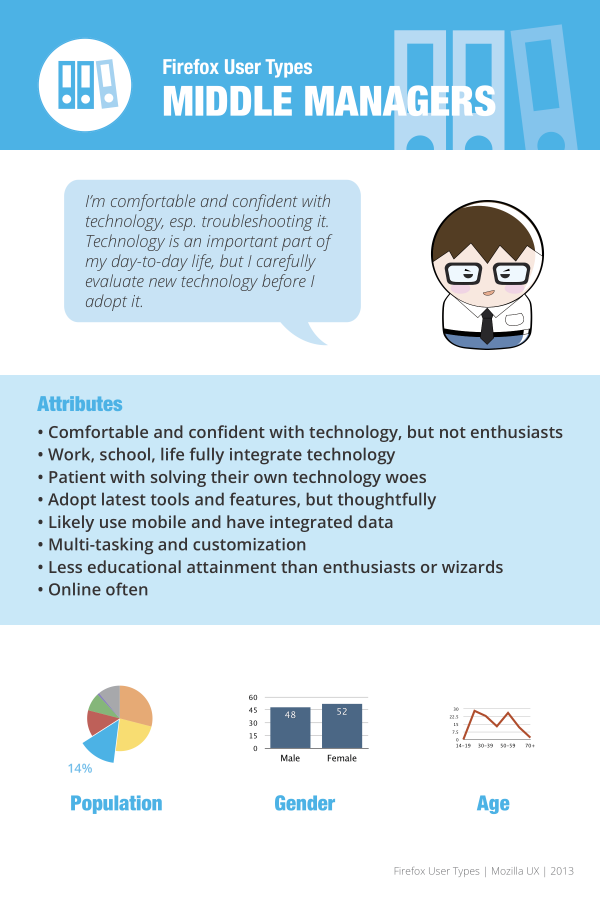 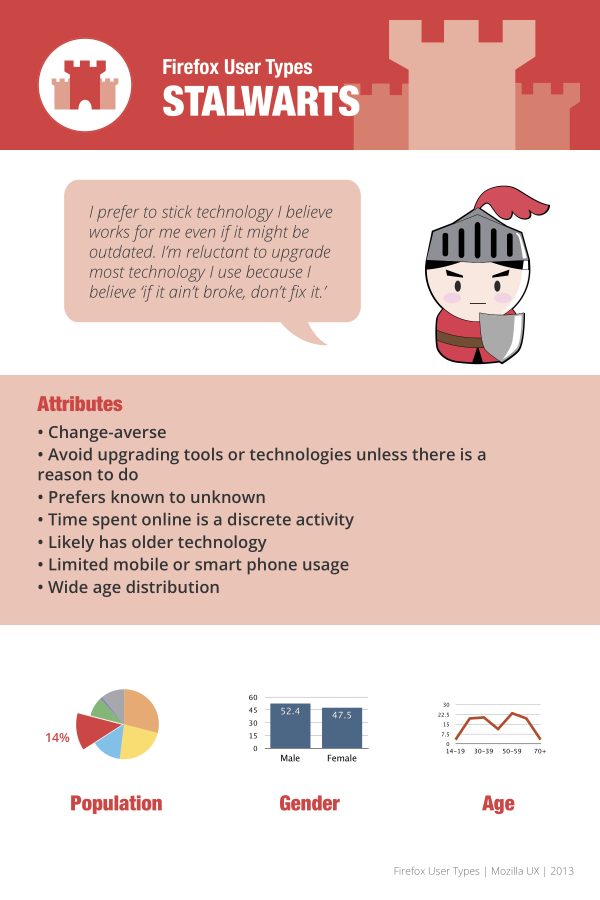 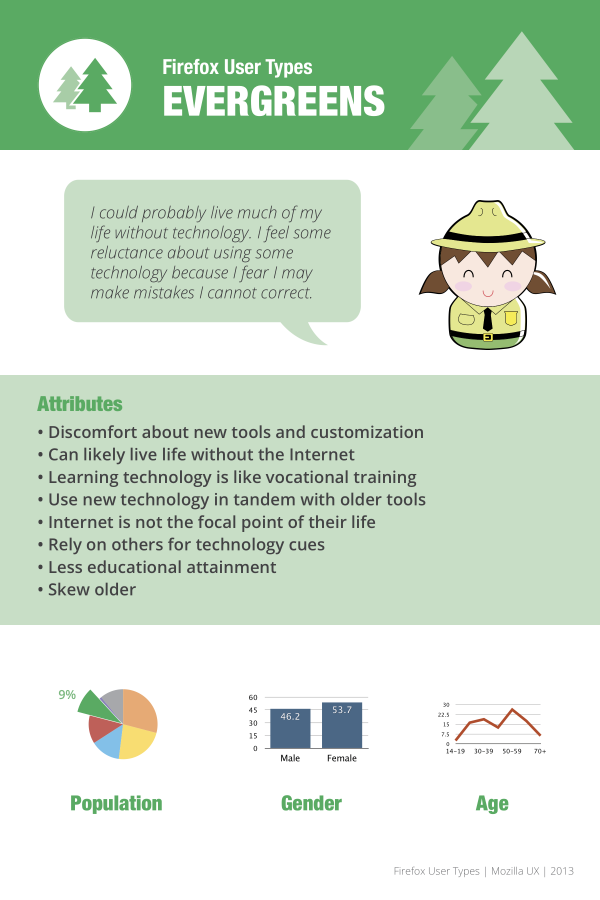 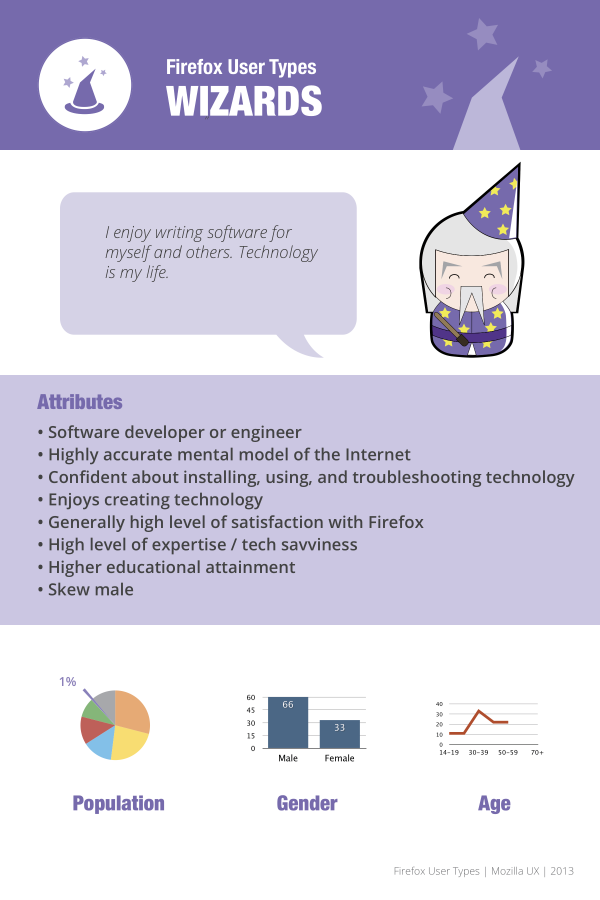