Shortly after doing some secondary research and talking to people who had lived in Brazil, we realized that the way we, Americans, think about money and making purchasing decisions, were a little different than Brazilians in the C-Class and so we dedicated a whole field report to just this topic.

But before we can understand the many ways that Brazilians think about and use money, we need to first understand what it means to be middle class or C-Class in Brazil.  According to the Criterio Brasil Scale, C-Class is determined by

This is how C-Class thinks about and uses money. 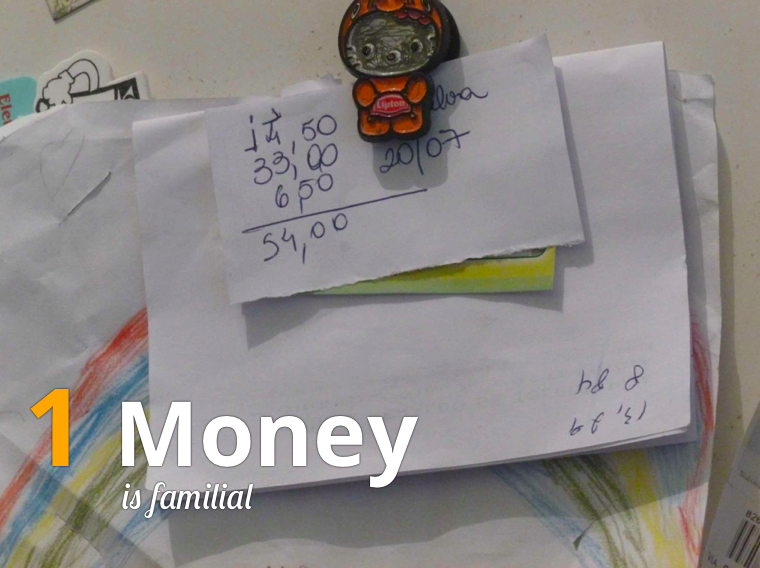 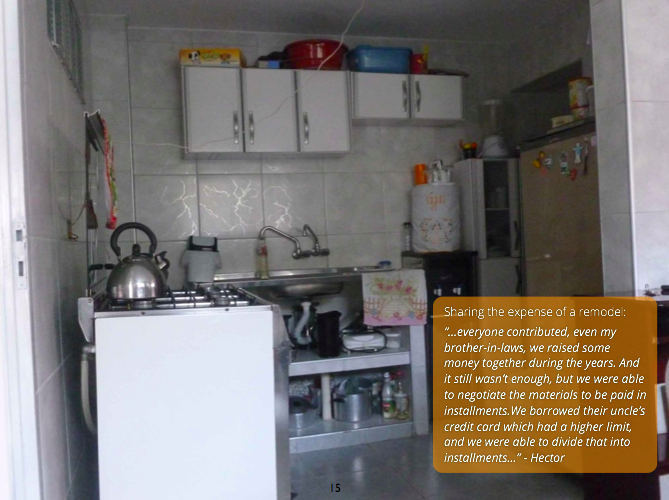 One of our participants, Hector, told us about sharing the expense of his remodel.  He said, “…everyone contributed, even my brother-in-laws, we raised some money together during the years. And it still wasn’t enough, but we were able to negotiate the materials to be paid in installments. We borrowed my uncle’s credit card which had a higher limit, and we were able to divide that into installments…”. 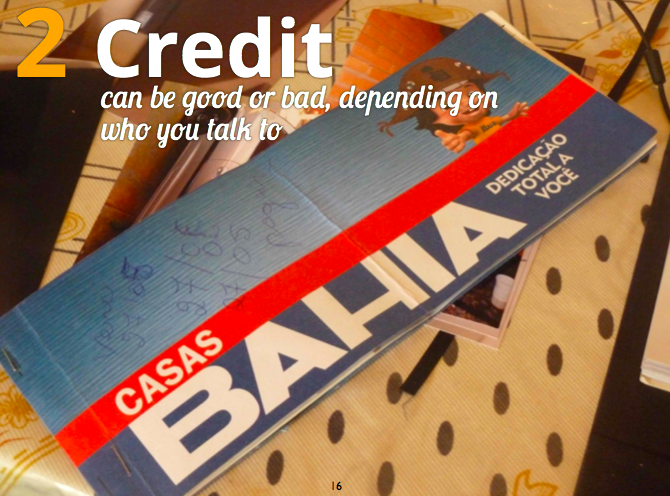 Credit can be good or bad depending on who you talk to. Using credit was prevalent amongst our participants. 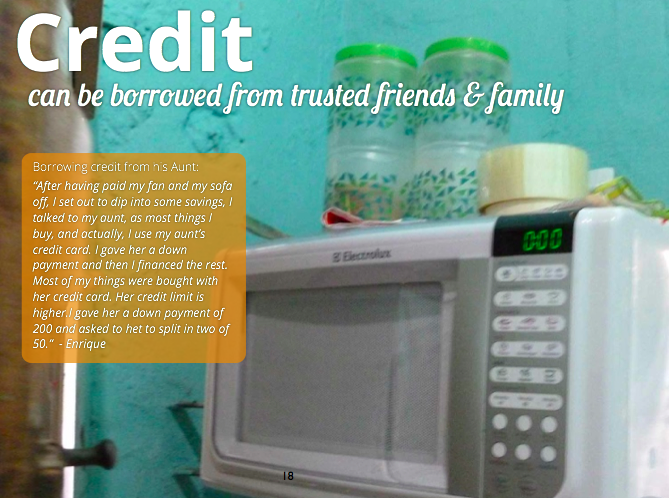 Enrique, one of our participants in Recife, told us a story about borrowing credit from his Aunt.  He said, “After having paid my fan and my sofa off, I set out to dip into some savings, I talked to my aunt, as most things I buy, and actually, I use my aunt’s credit card. I gave her a down payment and then I financed the rest. Most of my things were bought with her credit card. Her credit limit is higher. I gave her a down payment of 200 and asked her to split in two of 50.” 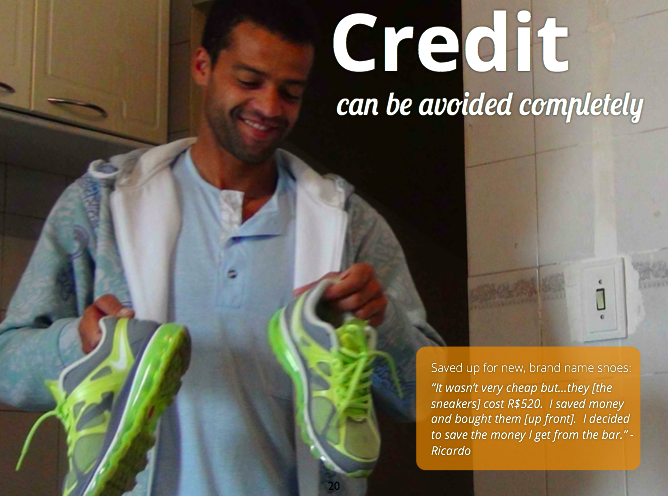 On the flip side, Ricardo avoids using credit because he doesn’t trust it. He feels it is difficult to manage, and he could easily get into debt if he used credit regularly.  He bought these new sneakers by saving money that he earned from his part time job. 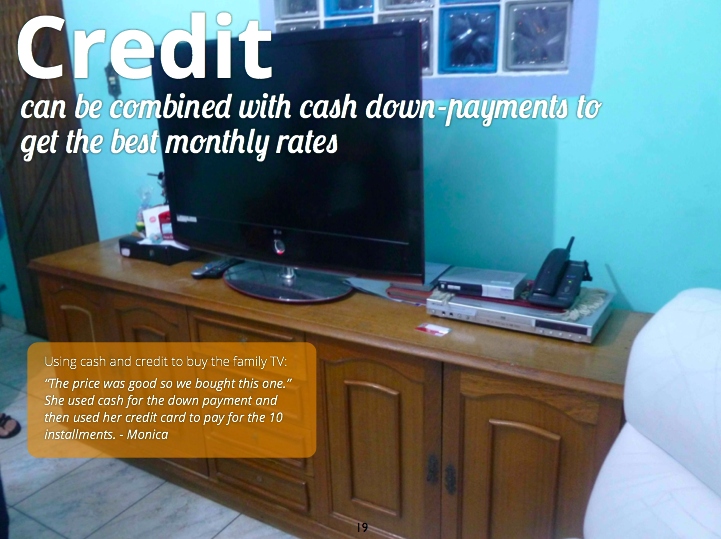 We also met people like Monica, who combine cash and credit to make big purchases like her family TV above.  The price was good, but she and her husband didn’t have all the money in cash. They paid a specific amount of money up front and used credit to finance the rest. 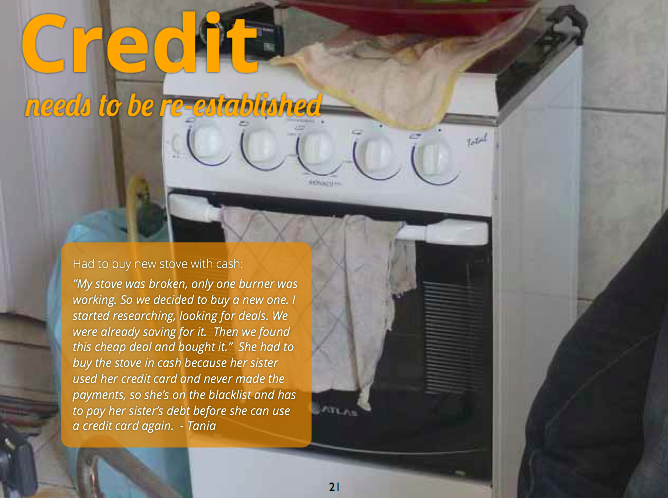 We also met a woman who had been blacklisted by the government for not paying her credit cards off, and all her credit was revoked. This meant she used cash for everything. She said, “My stove was broken, only one burner was working. So we decided to buy a new one. I started researching, looking for deals. We were already saving for it. Then we found this cheap deal and bought it.”

C-Class has Purchasing Power
Brazil is an emerging market and they are putting money into material goods instead of their modest homes.  And they want more. 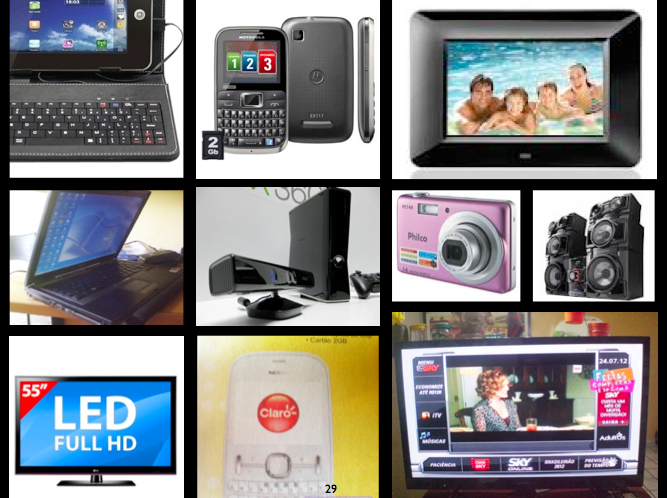 This group is interested in buying high-tech devices – especially those used for communication and entertainment.  They are also practical and look for the best deal and the most effective way to spend money.

What’s this all mean?
When selling a phone to this group of people, we need to pay close attention to the price and the functionality.  The phone needs to be affordable, but at the same time not seen as “cheap” otherwise they will not value it as much as their current phones.  In terms of functionality, the phone needs to have the communication and entertainment features such as FM radio, TV, MP3 player and a good camera so that they can satisfy their core behaviors with the phone.

More articles in “Boot to Gecko”