Mozilla has been kindly invited to participate in the Google Summer of Code (GSoC) 2017. For the first time, Pontoon will be part of this great program, which introduces students to open source software development. Read on if you’re interested in applying.

You will be paired with a mentor (hi!) and spend 3 months hacking on a free and open source translation tool from Mozilla. While gaining exposure to real-world software development techniques, you will also earn a stipend and have a great time! 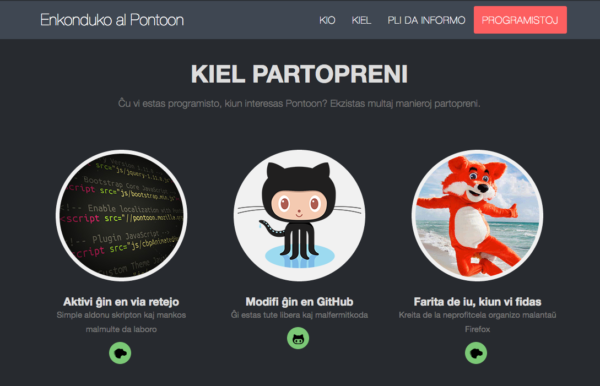 As part of the Pontoon GSoC project, we’d like to explore the feasibility of screenshot-based localization process. The idea is this:

Localizers often lack context when translating strings. Let’s say you need to translate “Bookmark”. Is it a noun or a verb? In many languages translation for the former would be different than for the latter.

Sure, we can provide context using string comments, but a screenshot showing where in the application the string is used is much more revealing. Besides, application screenshots can be generated automatically, which is not (yet!) true for comments.

Your task will be to redesign Pontoon translation interface to support:

Student applications open on March 20th at 16:00 UTC, so now is a perfect time to prepare. Let us know if you have any questions. And then go spend your summer break writing code and learning about open source development while earning a stipend!