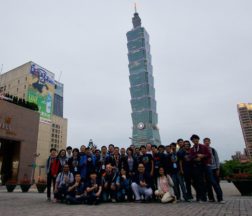 In front of the iconic Taipei 101.

In discussing our plans for this years’ event, the city of Taipei was on a short list of preferred locations. Peter from our Taipei community helped us solidify the plan. We set the date for April 21-22 in favour of cooler weather and to avoid typhoon season!  This would be my third visit in Taiwan.

Working with our community leaders, we developed nomination criteria and sent out invitations. In addition to contributing to localizing content, we also reviewed community activities in other areas such as testing Pontoon, leading and managing community projects, and active participation in community channels. 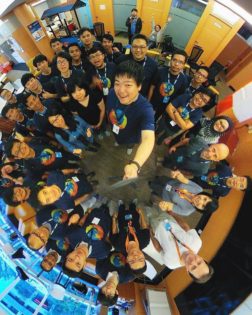 In total, we invited representatives from 12 communities and all were represented at our event. We had a terrific response, more than 80% of the invitees accepted the invitation and were able to join us. It was a good mix of familiar faces and newcomers. We asked everyone to set personal goals in addition to team goals. Flod and Gary joined me for the second year in a row, while this was Axel’s first meeting with these communities in Asia.

Based on the experience and feedback from last year’s event, we switched things up, balancing discussion and presentation sessions with community-oriented breakout sessions throughout the weekend. These changes were well received.

Our venue was the Mozilla Taipei office, right at the heart of financial centre, a few minutes from Taipei 101. On Saturday morning, Axel covered the removal of the Aurora branch and cross-channel, while later Flod talked about Quantum and Photon and their impact on localization. We then held a panel Q&A session with the localisers and l10n-drivers. Though we solicited questions in advance, most questions were spontaneous, both technical and non-technical. They covered a broad range of subjects including Firefox, new brand design, vendor management and crowd sourcing practices by other companies. We hoped this new format would be interactive. And it was! We loved it, and from the survey, the response was positive too. In fact, we were asked to conduct another session the following day, so more questions could be answered. 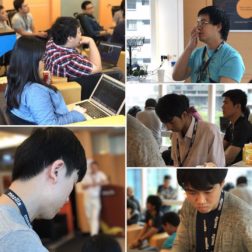 Localisers were briefed on product updates.

The upcoming Firefox browser launch in autumn creates new challenges for our communities, including promoting the product in their languages. In anticipation, we are developing a Firefox l10n marketing kit for the communities. We took advantage of the event to collect input on local experiences that worked well and that didn’t. We covered communication channels, materials needed for organising an event, and key messages to promote the localised product. Flod shared the design of Photon, with a fun, new look and feel.

On Sunday, Flod demonstrated all the new development on Pontoon, including how to utilise the tool to work more efficiently. He covered the basic activities for different roles as a suggester, as a translator and as a locale manager. He also covered advanced features such as batch processing, referencing other languages for inspiration and filters, before describing future feature improvements. Though it was unplanned, many localisers tried their hands on the tool while they listened in attentively. It worked out better than expected!

Quality was the focus and theme for this year’s event. We shared test plans for desktop, mobile, and mozilla.org, then allowed the communities to spend the breakout sessions testing their localisation work. Axel also made a laptop available to test Windows Installer. Each community worked on their group goals between sessions for the rest of the weekend. 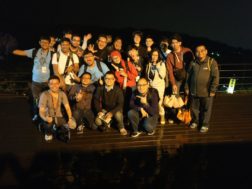 Of course, we found some time to play. Though the weather was not cooperative, we braved unseasonally cold, wet, and windy weather to take a gondola ride on 貓空纜車 (Taipei Maokong Gondola) over the Taipei Zoo in the dark. Irvin introduced the visitors to the local community contributors at 摩茲工寮  (Mozilla community space). Gary led a group to visit Taipei’s famed night markets. Others followed Joanna to her workplace at 三七茶堂 (7 Tea House), to get an informative session on tea culture. Many brought home some local teas, the perfect souvenir from Taiwan. 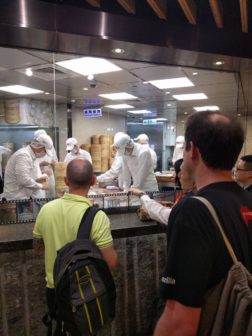 We were also spoiled by the abundance of food Taipei had to offer. The local community put a lot of thought in the planning phase. Among the challenges were the size of the group, the diversity of the dietary needs, and the desire of having a variety of cuisines. Flod and Axel had an eye opening experience with all the possible food options! There was no shortage, between snacks, lunch and dinner. Many of us gained a few pounds before heading home.

All of us were pleased with the active participation of all the attendees, their collaborations within the community and beyond. We hope you had achieved your personal goals. We are especially grateful for the tremendous support from Peter, Joanna and Lora who helped with each step of the planning, hotel selection, transportation directions, visa application process, food and restaurant selections and cultural activities. We could have not done it with their knowledge, patience and advice in planning and execution. Behind the scenes, community veterans Bob and Irvin lent their support to make sure things went as seamlessly as possible. It was true team effort to host a successful event of this size. Thanks to you all for creating this wonderful experience together.

We look forward to another event in Asia next year. In which country, using what format? We want to hear from you!