In case you’re not familiar with the acronym, CLDR stands for Common Locale Data Repository: it’s a repository of locale data maintained by the Unicode Consortium, and used in several libraries that power internationalization (i18n) features in products developed by Mozilla, Apple, IBM, Microsoft, and many other companies. Firefox uses the data provided by CLDR mostly through the ICU library.

You can find an exhaustive list of the type of data provided in the CLDR home page. Within Firefox, these are currently the main focus areas:

Firefox 57 shipped with a native datetime picker that can be used in HTML forms. Here’s how it looks in Italian: 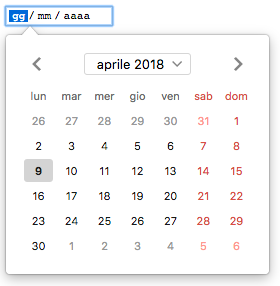 The localization data used to generate this dialog comes from CLDR:

The same data is also available to Firefox developers to properly internationalize other parts of the user interface. It’s provided via an API called ‘mozIntl’, which extends the standard JavaScript Internalization library (ECMA402).

Firefox 61 will also ship with a relative time format API (“in 5 seconds”, “5 seconds ago”), finally allowing front-end developers to use a more natural language in the interface.

Currently, there are 3 completely different sources of truth for plurals:

It suffices to say that this fragmentation generated a lot of inconsistencies over the years.

Given the renewed focus on Fluent, last December I started analyzing all Gecko plural forms, to identify inconsistencies between our settings and CLDR. This led to correcting the plural form for 10 languages by aligning with the CLDR values. In a couple of cases, I also reported issues back to CLDR: for Macedonian our ticket was accepted and the changes included, for Latvian it was rejected.

A significant amount of time was also invested in correcting errors in Gecko before starting migrating strings to Fluent: several locales had a wrong number of plural forms, but weren’t aware of the issue, given the hacky nature of plural support in .properties. Starting from January, dashboards are reporting this type of errors, allowing localizers to quickly correct them. Soon, these errors will be reported directly in Pontoon when submitting a new translation.

Work is still underway to fix plurals in other projects in Pontoon, and minimize the impact on localizers: for example, if a string moves from 2 plural forms to 6, you need to invalidate existing translations, and possibly copy over one of the existing values to reduce the need for copy and paste.

Translation of language and region names

Localized names for languages and regions are used in Firefox preferences and other parts of the UI. They’re defined as localizable strings in toolkit, and currently consist of 203 language names and 272 region names. 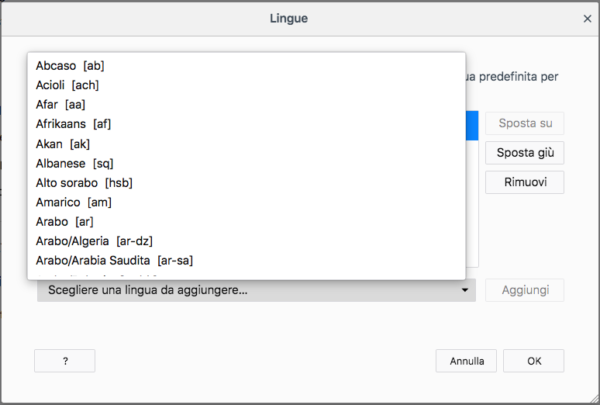 Since CLDR provides this data as well, the plan is to start using it to localize Firefox UI. This poses a few challenges:

Right now, the work is mostly focused on the last point, and tracked in this bug. I started analyzing the difference for a couple of languages, including my own (Italian):

Analysis is now moving to other languages, with higher percentage of differences. The average difference for language names is 45.49%, while for region names is 30.80%, but we have locales with up to 96% of differences, and we need to figure out why that happens.

The full statistical analysis is available in this spreadsheet. If you’re interested in getting a list of the actual differences for your language, feel free to reach out. One thing to keep in mind is that there are differences for English itself, e.g. “Acoli” vs “Acholi”, or “Caribbean Netherlands” vs “Bonaire, Sint Eustatius, and Saba”, and this inevitably affects the data.

Fluent represents the future of localization for Mozilla products, and it relies heavily on CLDR data. But that’s not the only reason to invest resources in improving the CLDR integration within Firefox:

As already seen, some parts of UI already use CLDR data: if a locale is not available in the CLDR repository, it won’t have a localized datetime picker, or properly localized dates, and it won’t pick the right plural form when using Fluent strings.

In the coming months we’re going to invest resources on building a pathway for locales to be included as seed locales in CLDR: it will likely be a stand-alone project in Pontoon, with Fluent as storage format, used to collect information that will be converted and used to bootstrap locale data in CLDR. Kekoa, who will be back as a intern in the summer, will contribute to this project (among other things).

We also plan to extend mozIntl API to provide localized language and region names. The current idea is to generate a local data source from CLDR, and integrate it with our own data for locales that are not yet available in the CLDR repository. In order to do that, we need to keep investigating the differences between our current translations and CLDR, and identify potential issues before fully switching to CLDR as source for this data.