At the beginning of June, together with my colleague Axel, we headed to Vilnius (Lithuania) for the Baltic l10n meet-up. The plan for the week-end was to meet some of our localization teams in the Baltic and East Europe area, get them up to speed on Mozilla’s mission and future, and discuss each team’s status and needs. 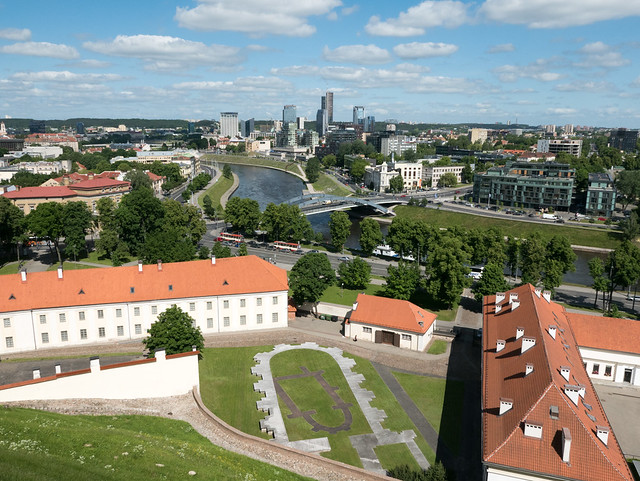 The event was hosted at the Mathematics and Informatics faculty of Vilnius University, and it wouldn’t have been possible without the help and logistical support of Rimas Kudelis, historical maintainer of the Lithuanian localization, and host extraordinaire.

We managed to gather localizers for Estonian, Latvian, Lithuanian, Polish, and Ukrainian, in the same room, all together possessing a very diverse mix of experience. Localization is one of the groups at Mozilla with the highest number of “old guard” contributors, but we had a lot of people who only recently joined the project, with involvement ranging from 1 month to 1 year. As far as I know, this meet-up also holds the record for our youngest l10n contributor (Jānis, Latvian).

Given the number of “new-guard” contributors, we started the first day with an introduction on Mozilla’s mission, largely based on the presentation that Mitchell gave in Portland at the end of 2014. Then moved to other themes like Firefox 38.0.5, plans for the next southern-spring release, and the decision making process at Mozilla. On the second morning we focused on tools and Firefox OS, leaving the afternoon – like the day before – to each team to catch up with actual localization work.

During the various discussions, one interesting idea came from the Latvian team: Google is doing an incredible job with doodles, celebrating local relevant dates, historical figures, etc. Can we use home page snippets in a similar way to promote localization? For example: create a snippet with a national Latvian theme, promoting localization and targeting en-US users in Latvia. That, together with the idea of promoting alternative downloads emerged at the Celtic meet-up, would greatly improve the visibility of some of our localizations.

We also need to figure out the secret behind the growth of the Lithuanian team: it moved from being a one-man band for several years, to having several active contributors in just a couple of years.

Here’s a brief list of other topics that, I believe, require more thinking and follow-ups:

Note to self: make always sure that someone is covering the event with photos, and organize the group shot at the end of the first day. Also write these posts earlier, before memories get foggy 😉

I’d also like to thank publicly our colleague Jeff Beatty: it’s so easy to travel around the world without worries only because there’s someone behind you who’s taking care of organizing these trips down to the smallest detail, and managing the immense amount of paperwork and emails. Thanks Jeff, both from your colleagues and all the localizers who, thanks to your work, are able to enjoy these events to the fullest.