The localization cycle for Firefox 66 in Nightly is approaching its end, and Tuesday (Jan 15) was the last day to get changes into Firefox 65 before it moves to release (Jan 29). These are the key dates for the next cycle:

As of January, localization of the Pocket add-on has moved back into the Firefox main project. That’s a positive change for localization, since it gives us a clearer schedule for updates, while before they were complex and sparse. All existing translations from the stand-alone process were imported into Mercurial repositories (and Pontoon).

In terms of prioritization, there are a couple of features to keep an eye on:

What’s new or coming up in Test Pilot

As explained in this blog post, Test Pilot is reaching its end of life. The website localization has been updated in Pontoon to include messages around this change, while other experiments (Send, Monitor) will continue to exist as stand-alone projects. Screenshots is also going to see changes in the upcoming days, mostly on the server side of the project.

Just like for Firefox desktop, the last day to get in localizations for Fennec 65 was Tuesday, Jan 15. Please see the desktop section above for more details.

Firefox iOS v15 localization deadline was Friday, January 11. The app should be released to everyone by Jan 29th, after a phased roll-out. This time around we’ve added seven new locales: Angika, Burmese, Corsican, Javanese, Nepali, Norwegian Bokmål and Sundanese. This means that we’re currently shipping 87 locales out of the 88 that are being localized – which is twice as more than when we first shipped the app. Congrats to all the voluntary localizers involved in this effort over the years!

And stay tuned for an update on the upcoming v16 l10n timeline soon.

We’re also still working with Lockbox Android team in order to get the project plugged in to Pontoon, and you can expect to see something come up in the next couple of weeks.

Firefox Reality project is going to be available and open for localization very soon too. We’re working out the specifics right now, and the timeline will be shared very soon and once everything is ironed out.

Mozilla.org has a few updates.

What’s new or coming up in Foundation projects

Mozilla’s big end-of-year push for donations has passed, and thanks in no small part to your efforts, the Foundation’s financial situation is in a much better shape for this year to pick up the fight where they left it before the break. Thank you all for your help!

In these first days of 2019, the fundraising team takes the opportunity of the quiet time to modernize the donation receipts with a better email sent to donors and migrate the receipts to the same infrastructure used to send Mozilla & Firefox newsletters. Content for the new receipts should be exposed in the Fundraising project by the end of the month for the 10-15 locales with the most donations in 2018.

The Advocacy team is still working on the misinfo campaign in Europe, with a first survey coming up to be sent to the people subscribed to the Mozilla newsletter, to get a flavor of where opinion lies with their attitudes to misinformation at the moment. Next steps will include launching a campaign about political ads ahead of the EU elections then promote anti-disinformation tools. Let’s do this!

What’s new or coming up in Support

We re-launched the ability to delete translations. First you need to reject a translation, and then click on the trash can icon, which only appears next to rejected translations. The delete functionality has been replaced by the reject functionality, but over time it became obvious there are various use cases for both features to co-exist. See bug 1397377 for more details about why we first removed and then restored this feature. 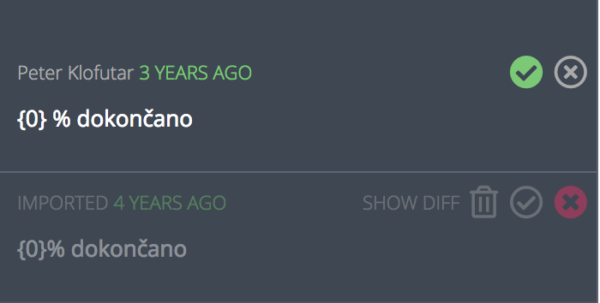 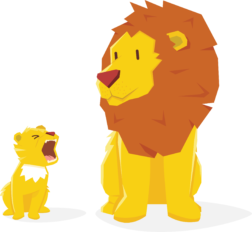 Know someone in your l10n community who’s been doing a great job and should appear here? Contact on of the l10n-drivers and we’ll make sure they get a shout-out (see list at the bottom)!